The 21 victims of the Birmingham pub bombings have been awarded the Freedom of the City.

Two pubs in the city were targeted by IRA bombs in 1974.

Capital was at the Council House last night where families of the victims received the honour on their behalf.

A ceremony was held at the Council House on Monday night ahead of the 43rd Memorial at St Phillips Cathedral this evening.

The 21 victims of the #Birmingham pub bombings have been awarded the Freedom of the City. Paul Bodman lost his dad after a bomb went off in the Mulberry Bush pub 43 years ago. #CapitalReports pic.twitter.com/7Q5DL9v6ag

The families of those killed are still fighting for someone to be found accountable. No one has been charged with the attacks since six men were freed from prison in 1991.

The families of the victims were recently denied legal aid ahead of a judicial review next month. They've been fighting a coroner's decision that IRA suspects will not be named at new inquests. 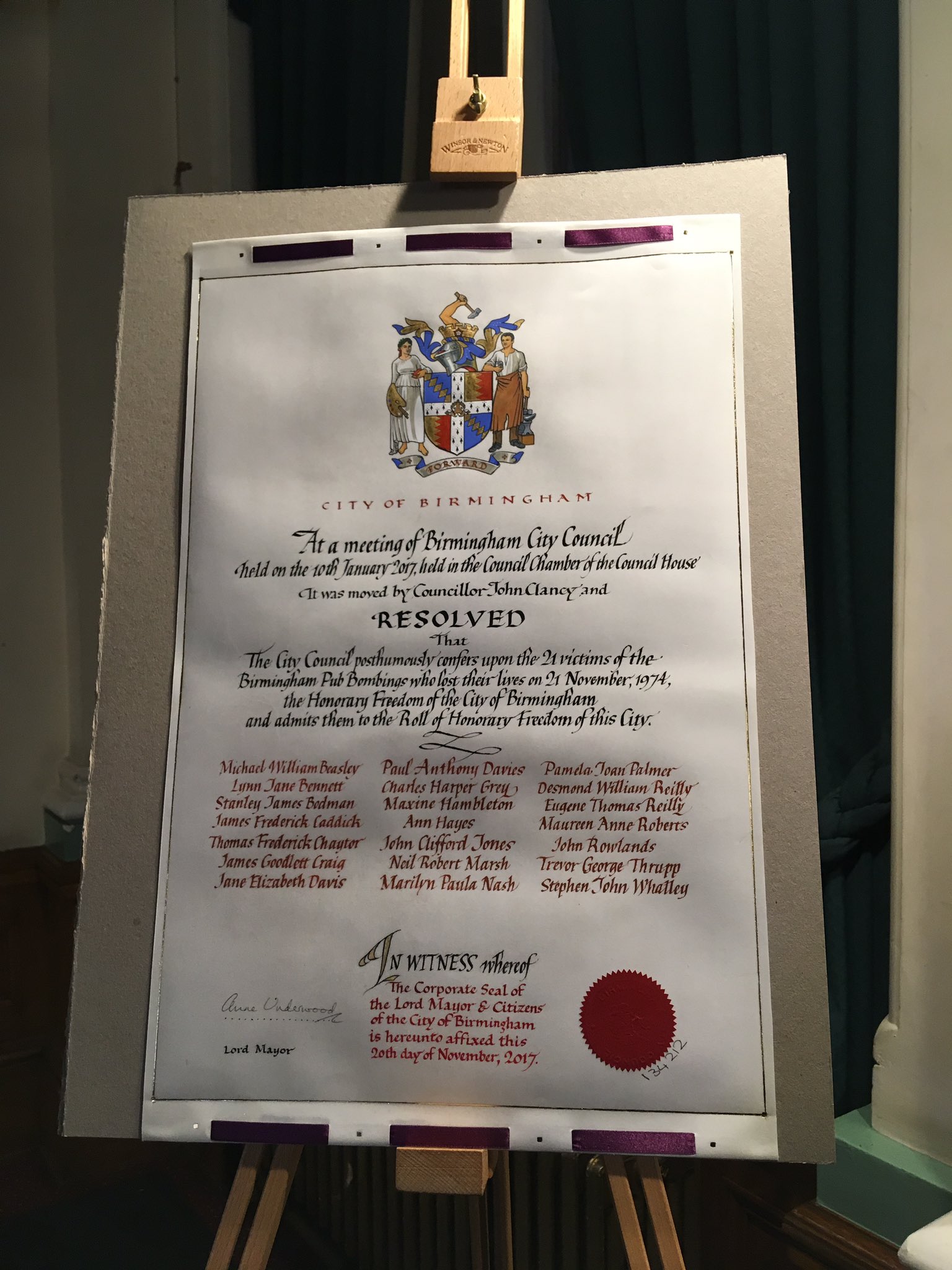