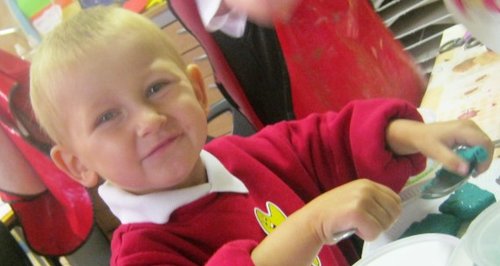 Coventry City Council has vowed to change the way social care and education staff work following recommendations made in the Serious Case Review into the murder of Daniel Pelka.

The report into the four-year-old's death, published by the independent Coventry Safeguarding Children Board Tuesday 17th of September has identified a number of missed opportunities where professionals across a number of agencies should have done more to protect Daniel. A total of 15 recommendations for changes in the way organisations in the city work are made in the report.

Chief Executive of Coventry City Council, Martin Reeves said: "Daniel was murdered by the two people who should have loved and protected him most. But all organisations in Coventry involved in Daniel's short life now have to face up to their responsibilities and the part they played in the missed opportunities that could have protected Daniel

"We are sorry we did not do enough to protect Daniel. The report makes clear that the sharing of information and communications between all agencies was not robust enough and no-one fitted together the jigsaw of what was really happening to Daniel.

"Daniel's mother and stepfather set out to deliberately harm him and deceive professionals while they were doing it. But professionals from all agencies weren't prepared to think the unthinkable and take the action that could have protected Daniel.

"We all accept responsibility for failing to protect Daniel, and we began to address many of the issues that highlighted in the report shortly after his death last year, although there's more to do.

"Our city has never had such a tragic case before, and we have all been affected by it. But every organisation involved in this case is determined to do what it can to try and make sure this never happens again in Coventry.

"Our thoughts and heartfelt sympathies continue to be with Daniel's family, particularly his siblings, and we owe it to his memory to work together to continue the improvements we have already made.

Since Daniel's death last year the Council has already introduced a number of changes to improve systems for safeguarding children. These include:

*    New multi-agency training sessions for staff  to improve identifying cases of emotional neglect and abuse
*    Rolling out successful pilot where every school gets a notification when child's family is involved in a domestic violence incident where the  Police have been called
*    Implementing a system for screening and identifying domestic violence developed by children's charity Barnardo's and focusing more resources in this area
*    Introduction of half termly meetings with schools and family support professionals  to discuss children who have been missing school regularly and take further joint action if needed
*    Increased from three to 9.5 Council staff who co-ordinate work across all agencies, focusing particularly on early intervention with children and families who need it
*    Recruited to a Joint Head of Safeguarding post for children and adults to focus more effectively on the whole family/community and link better with police and health

A special meeting of the Council's Scrutiny Co-ordination Committee will be held on 26 September to discuss the Serious Case Review report and its recommendations, and a number of organisations are expected to be summoned to give evidence. The meeting will be webcast.

Following the tragic death of Daniel Pelka in March 2012, West Midlands Police launched a major investigation which ultimately led to the conviction of his mother, Magdalena Luczak and her partner, Mariusz Krezolek for his murder.

Daniel's death has had a long-lasting impact and affect on his wider family and the communities of Coventry, as well as the officers involved in the investigation.  He will never be forgotten.

As a result of the events leading up to Daniel's death a Serious Case Review was launched by all agencies who had contact with Daniel prior to his death, with the Force actively contributing to this process.

The independent review found that whilst no-one could have predicted Daniel's death, there were opportunities for those involved in delivering services to children in Coventry to protect him from the people who ultimately killed him.

We welcome the recommendations from the report following Daniel's tragic death. The report highlights missed opportunities by agencies that had contact with Daniel and his family while living in the Coventry area. In respect of those recommendations relevant to us, the force has already put in place a number of improvements to support the safeguarding of children, including improved sharing of information with our partners.
We accept that Daniel was not "given a voice" and that as a collective group all agencies should always have direct and independent engagement with a child when domestic abuse is reported. Domestic abuse is always a child protection issue.

Since Daniel's death, officers have been given further guidance on being more child-focussed when called to incidents of domestic abuse. It is our responsibility to ensure that the children are safe and well both physically and emotionally and not accept the word of a parent if they claim a child is not affected by domestic abuse.

The Serious Case Review highlights that our response to domestic abuse incidents is generally good, but the report also raised the lack of consistency in dealing with separate domestic abuse reports and in risk assessing each incident. We accept there needs to be a more holistic approach when dealing with multiple incidents involving domestic abuse, in particular where children reside. Prior to the publication of the report improvements have and continue to be made by the Force in this area.


Statement from University Hospital of Coventry and Warwickshire NHS Trust:

Andy Hardy, Chief Executive Officer of University Hospitals Coventry and Warwickshire NHS Trust said: "What happened to Daniel Pelka was horrendous and although rare, this does not make it any less upsetting.
"On the occasions when Daniel and his mother were treated at UHCW we engaged, as appropriate, with agencies involved in child protection.

"In 2011 when Daniel attended with a suspected non-accidental injury our staff had concerns about this which they referred appropriately and as a result a case conference was held.  At this conference it was decided from the combined assessment using information from all agencies that the mother's explanation was possible.  We recognise that this was part of the complex jigsaw of incidents related to Daniel and accept the recommendations in the Serious Case Review related to further challenge.

"Our deepest sympathies continue to be with Daniel's family at this time."