A homeless man who killed two members of a family in the Black Country, who tried to help him, has had his jail sentence increased.

On Thursday, three judges agreed with Solicitor General Robert Buckland that the term imposed on Barley at Birmingham Crown Court in October was insufficient in "this most exceptional and grave case".

Lord Justice Holroyde, Mrs Justice Whipple and Mr Justice Goose substituted it with a minimum term of 35 years, less time on remand - amounting to 34 years and 178 days before he can be considered for release on licence.

Barley, admitted the savage murders in March of Tracey and son Pierce and the attempted murder of 47-year-old Peter Wilkinson. 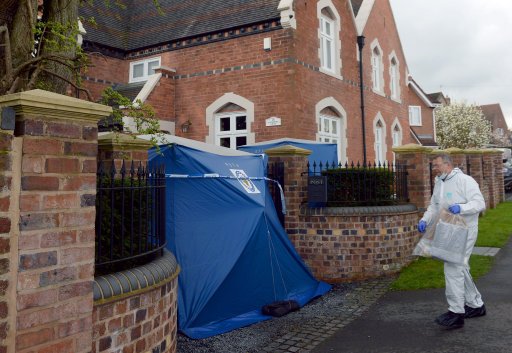 He was taken into their family home in Stourbridge, West Midlands, and given a fresh chance in life after Mrs Wilkinson spotted him sleeping rough outside a supermarket.

Mr Wilkinson and his daughter Lydia, who was away at university at the time of the attack, were in court in London while Barley watched from prison by video-link.

Barley armed himself with a kitchen knife before repeatedly stabbing Mrs Wilkinson and her son as they slept in their beds.

Mr Wilkinson, who was out walking the dog, was stabbed a number of times on his return and was fortunate to survive.

The sentencing judge, Mrs Justice Carr, told Barley that it was "a vicious and unprovoked attack" on people who had shown him "extraordinary kindness and generosity".

He had shown no remorse, indeed only regret that Mr Wilkinson survived his injuries.

She said she had decided not to impose a whole-life tariff "principally because of your youth".

Lord Justice Holroyde said that the judge was entitled to conclude that the circumstances of the crimes, truly dreadful as they were, did not require a whole-life order.

But, the only significant features of mitigation were Barley's psychological problems - which did not prevent his ability to plan and meticulously carry out the attack - and his admissions.

He added: "The brutality of the stabbings and the terror which the victims must have felt were very grave aggravating features."

Speaking after the hearing, the Solicitor General said: "Aaron Barley's attack on the Wilkinson family was a truly despicable crime.

"The Wilkinson family had gone out of their way to help him and he repaid their kindness with a brutal attack which devastated their family.

"My thoughts are with Peter and Lydia Wilkinson particularly and I hope they can find some comfort in the increased sentence today.

In very moving personal impact statements, the family had set out their continuing anguish.

Mr Wilkinson had spoken of the "vile, callous, barbaric and cowardly" attack.

He said: "We cared for Aaron, welcomed him, and showed him love and respect, which he had never received anywhere else.

"The repayment was for him to destroy my family for no reason whatsoever."

The judge said that it fell to Lydia Wilkinson to carry out the awful task of identifying her mother and brother.

"Unsurprisingly, she described that as a memory which will stay with her forever."

He said that the court offered its sympathy to the bereaved.