A man's been charged with murdering a 24-year-old woman in Birmingham back in 1981.

Osmond Bell, from Birmingham, was charged with killing Nova Welsh after a "cold case'' inquiry carried out by West Midlands Police.

The body of Ms Welsh was found in a utility cupboard at flats in Lighthorne Avenue in the Ladywood area of Birmingham in August 1981.

A post-mortem examination found the 24-year-old had died from pressure to the neck. 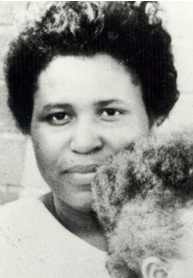 59-year-old Bell, of Regent Road, Handsworth, has been charged with murdering Ms Welsh in Birmingham on a day between July 25 and August 19 1981.

The defendant, who appeared in the dock at Birmingham Magistrates' Court wearing jeans and a grey and blue shirt, was remanded in custody until a Crown Court hearing on Friday.