Birmingham's Alexander Stadium will host some of the world's greatest athletes this weekend.

The likes of Mo Farah, Daphne Schippers and Adam Gemili are racing in the Grand Prix.

The 3000m is Mo's last ever appearance on a British track.

Here's a little rundown of what we can expect:

THE ATHLETES: ONES TO WATCH -

The four time Olympic champion is the star attraction at Alexander Palace. The 34-year-old bids farewell to the UK track with the 3000m in Birmingham - it was this race last year that Mo broke a longstanding British record.

The 23-year-old is one of Team GB's brightest hopes for sprinting success. Part of the team that stormed to victory in the 4x100m relay in London last week - Gemili will appear in the all-British 100m final.

Asher-Smith is back in action after breaking her foot earlier this year. The 21-year-old is seen as a future Olympic champion and appears in the Women's 100m.

Dutch sprinter, Schippers, is one of the world's very best. At 25, she's already a double World Champion and an Olympic silver medalist. She'll run in the Women's 200m and will be tough to beat - having secured gold in London only last week.

Wolverhampton's Hudson-Smith will be looking to build on success at the World Championships last week. He ran for Team GB as they secured bronze in the men's 4x400m relay. He'll appear in the all-British 100m.

Robbie Grabarz is the home favourite and will be looking to perform well. He reached the last week's World Championship final - securing a season's best jump of 2.31m to reach it.

The double Paralympic gold medalist and four time World Champion appears in the Men's 200m T42. The Nottingham man - who runs with prosthetic legs - once completed 40 marathons in 40 days.

A double Paralympic Champion - Peacock is one of the more familiar faces of British athletics. The 24-year-old secured his second World Championship gold in London and will run in the 100m in Birmingham. 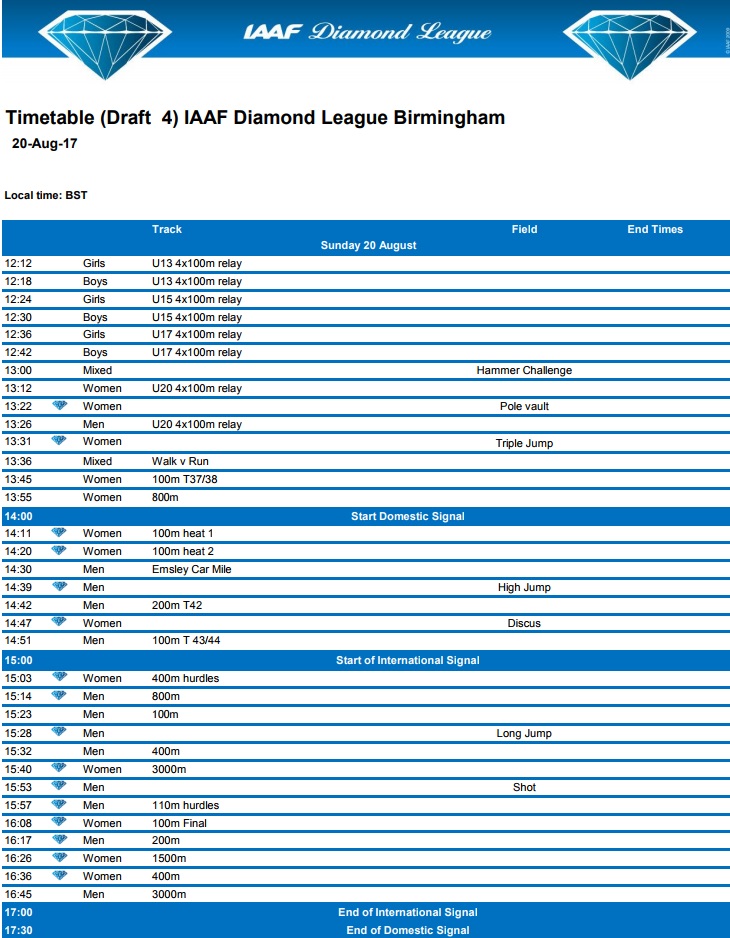 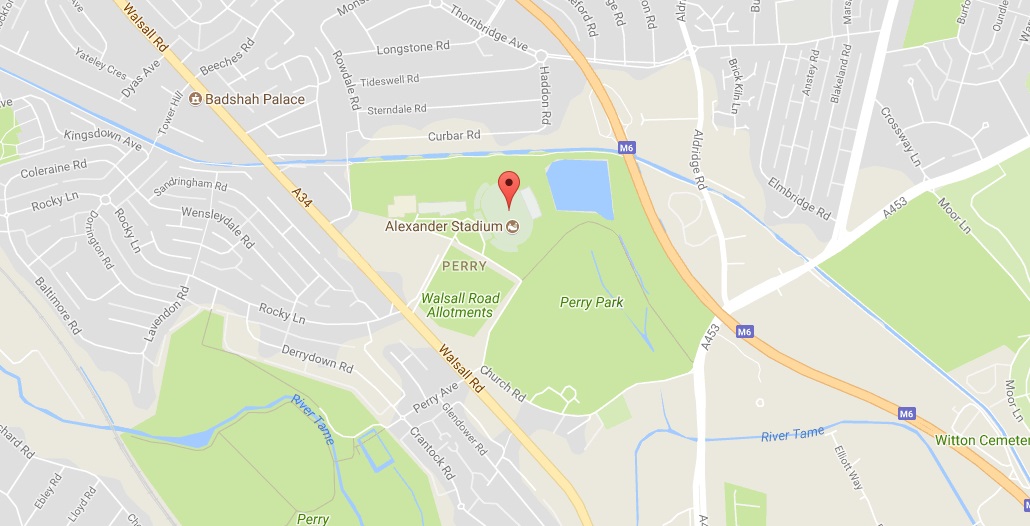 We'd urge you to leave as much time as possible to reach the stadium as there will be plenty of traffic around - Villa are at home whilst V Fest is in Stafford.

Highways England are lifting some - but not all - of the scheduled roadworks this weekend - meaning drivers can leave the M6 at Junction 6.

Join the A34 (Walsall) at Lancaster Circus roundabout. Continue on the road for approximately 3 miles taking the right lane for Walsall A34.

Those driving will be able to leave their cars in Perry Park (B42 2LA) or Perry Hall Playing Fields (B42 2NF) - with both being accessed from Walsall Road.

Perry Park has accessible parking so make sure you bring your blue badge if you need it.

Nearest train station is Perry Bar which is around 20 minutes’ walk to Alexander Stadium along the A34.

There will be a visible police and security presence at the Alex on Sunday.

We're being asked to avoid bringing in personal possessions if possible - a list of banned items are as follows;

Weapons, ammunition, explosives, horns, whistles, drums, fireworks, flares, large flags/banners, helium balloons, selfie sticks, smoke grenades, drones, laser devices or any other item which may cause danger or disruption to the event or to any other person.

Food and drinks are allowed in but there can be NO glass or cans. 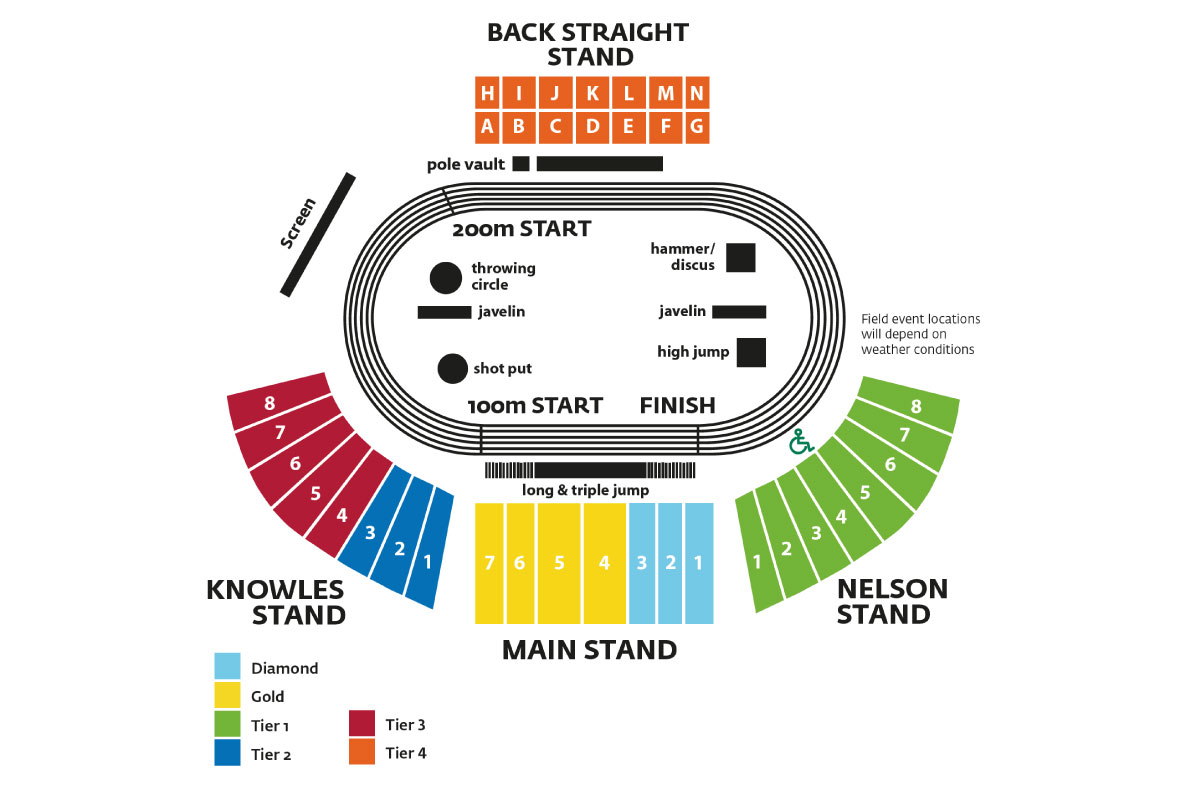