A security alert began after a threat was made to kidnap and kill a serving Police officer in Birmingham, according to reports.

The force said it had taken the step of holding officers back on duty to give special security briefings to police and staff overnight, implementing what it called "additional security measures'' following what was described as an anonymous tip-off.

Those measures included advice to officers about travelling to and from work in partial uniform and police station security.

Reports of the threat comes after five men were charged in October with plotting to kill police officers or soldiers on the streets of London.

They allegedly kept Instagram images of two Scotland Yard police officers and two Metropolitan Police community support officers, as well as a trove of jihadist material including videos of beheadings.

West Midlands Police said the information which triggered the alert was still being assessed.

However, he said the force had given officers a security "reminder'' in light of the tip-off.

"We have taken the opportunity to remind all employees of the need to be vigilant,'' he said.

The force has not yet officially said how it received the information, or precisely what the tip-off contained, but Mr Forsyth said: "West Midlands Police treat all information relating to matters of security extremely seriously.

He added: "In this particular case we have received information relating to the safety of West Midlands Police officers and police staff.

"There is nothing at this time to suggest there is an increased risk to members of the public.''

In October the threat level to police officers across the country was raised to substantial, meaning a targeted attack is a strong possibility.

In 2008, Islamist fanatic Parviz Khan was jailed for life with a minimum term of 14 years over a brutal terror plot to kidnap and behead a British Muslim soldier.

Khan, of Foxton Road, Alum Rock, Birmingham, had planned to lure a soldier off the streets with the promise of drugs, before filming the killing.

The 37-year-old admitted the kidnap plot at Leicester Crown Court, also pleading guilty to supplying equipment to terrorists and two counts of possessing records or documents likely to assist terrorists.

Four other men were also jailed in connection with the failed plot.

Metropolitan Police Commissioner Sir Bernard Hogan-Howe said further guidance has not been given to Met officers following the incident.

"I believe it to be an anonymous call that's been made,'' he said.

"One of my colleagues has talked to the Chief Constable of West Midlands to find out exactly what the state of that threat is.

"And once we've assessed it, we'll decide whether or not to give any further advice.''

The Commissioner added that the force tries not to "overreact'' in situations like this. 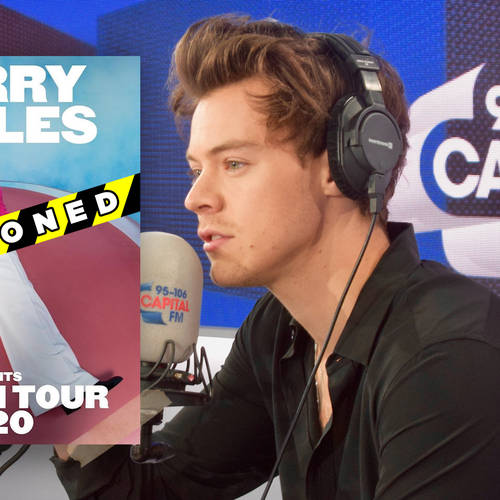 WATCH: Harry Styles Talks The Importance Of Postponing His 2020 Tour