100mph Speeding The Cause Of Six Deaths In Birmingham Crash

The deaths of six people in a crash in Birmingham last December, an inquest has heard, was the result of the driver going at up to 100 mph, whilst under the influence of cannabis.

The Coroner's Court has heard that the predominant cause of the crash that left six people dead on the Lee Bank Middleway was driver Kasar Jehangir, 25, having driven at an 'excessive speed', after taking cannabis, in a 40 mph zone.

Mr Jehangir's car, an Audi A3 with defective tyres, ploughed into an oncoming taxi which resulted in the deaths of cab driver, father-of-six, Imtiaz Mohammed, and his two passengers, Lucy Davis, a 43-year-old mother-of two and her partner, Lee Jenkins, 42. The taxi then struck another car, a Toyota Yaris, though the driver and passenger miraculously sustained only minor injuries. Senior Coroner, Louise Hunt, said it was practically impossible for the drivers of both the taxi and the Toyota to have 'taken any reasonable action to avoid the collision.'

Mr Jehangir and two of his passengers, Tauqeer Hussain, 26, and Mohammed Fahsha, 30, who it was later revealed were not wearing seat belts, suffered 'catastrophic head injuries' according to PC Keith Evans, as they were ejected out of the car's sun roof and boot.

Mrs Hunt, whilst ruling that it was the high speeds that resulted in the deaths, the raised levels of chemical THC due to the cannabis, had 'contributed to [Mr Jehangir's] manner of driving'. Sergeant Adam Green said the Audi went into the taxi at 87 mph, adding: 'It is clear the driver attempted to negotiate the bend in excess of the maximum speed'.  Tyre scruff marks were also discovered at the scence which tracked the vehicle's movements from the bend before it 'rotated' sideways across the Middleway's central reservation.

Sergeant Alan Hands, of West Midlands Police, added that evidence has now come to light to suggest the Mr Jehangir and the other occupants of the car had been 'dealing drugs' earlier that evening. However, the only survivor from the Audi, Zakkria Khan, 18, denied this, although did admit to smoking it.

The family of one of the victims, Ms Davis, have released the following statement:

'Due to the actions of someone who wasn’t able to control a powerful vehicle, or understand the dangers and consequences of driving recklessly at speed, on 17 December 2017, six people lost their lives. We lost a lovely, kind, caring daughter, mother, sister and auntie and as a family we are finding life extremely difficult without her here with us. Lucy had finally found someone in Lee who made her future and that of her children something to look forward to and to plan for. Now that is gone. We feel for all the families who are grieving for the loss of their loved ones.' 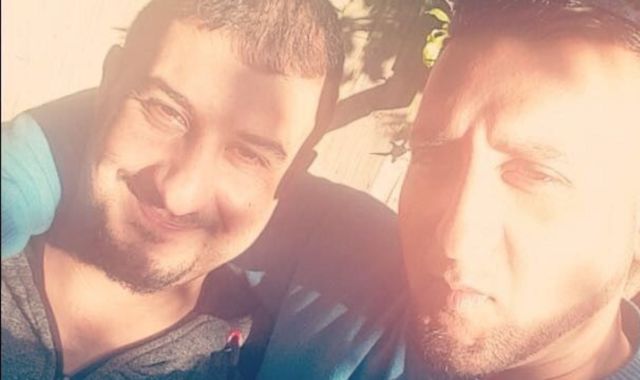 Colleagues of Mr Jenkins, at the Queen Elizabeth Hospital, where he was a clinical scientist, said he a 'top-class bloke'. Mr Mohammed's family described him as a 'legend' and that he always worked hard to provide for his family.

Inquests into the deaths of the Audi's occupants are expected to take place on Wednesday.