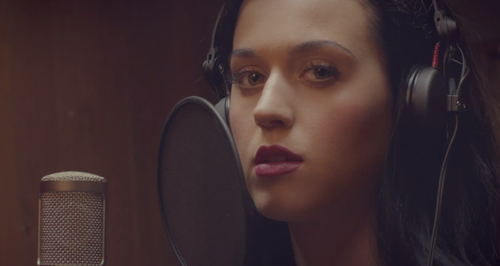 The clip of Katy's new single features a snippet of the 'Roar' chorus.

Katy Perry has unveiled a new clip of her comeback single 'Roar' in a video teaser.

The clip, which you can watch below, shows Katy walking to the microphone in a recording studio and preparing to sing. As the picture cuts away the song's chorus plays over the credits.

The star is wearing the Tiger jacket that also features on the single artwork for 'Roar' in the video.

'Roar' will be given its first play on Capital from 2pm on Monday (12th August).

The track will be released in the UK on 8th September and is the first track to be taken from the star's third album 'Prism', which is due out on 22nd October.