The 'Half Of My Heart' singer is said to have "shocked" the Bajan star with his advances.

John Mayer is said to be moving on from Katy Perry by sending "flirty" text messages to Rihanna.

The couple's split was recently confirmed by the male musician who revealed the news during an interview on the Ellen DeGeneres show.

The 'We Found Love' singer's friendship with the 'I Kissed A Girl' singer has been under some scrutiny since she got back together with Chris Brown – with reports the pair are no longer speaking.

"She was really shocked when she heard from John," a source told the Daily Star about the 'Talk That Talk' singer.

The publication also claims that John has been "chasing" the Bajan star for years.

"She thought it was far too soon after his split with Katy," the insider added. "Rihanna said his texts were very sexy and flirty, with him suggesting they'd have hours of fun together."

Check out a picture of Rihanna backstage on her 'Diamonds' world tour below: (Picture: Barcroft) 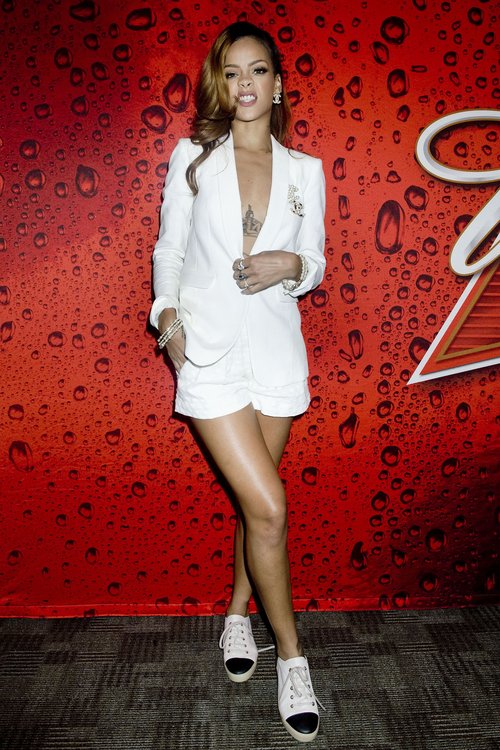 Her use of social media was also apparently complimented by the male star.

"He was very complimentary about her Twitter photos," added the source.

Katy has yet to comment on the pair's split and was recently seen spending time out in Madagascar on a charity UNICEF trip.