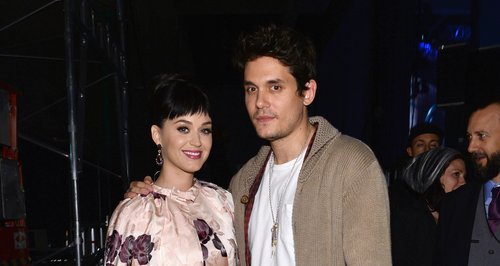 The singer-songwriter insists he is happy for Katy Perry and Taylor Swift to write songs about him.

John Mayer has revealed that he is happy for ex girlfriends Katy Perry and Taylor Swift to write songs about him.

The singer-songwriter, who recently parted ways with Perry, also insisted he would be happy for the tracks to be number one hits.

"I have super strength for gang-ups, I'm fine," he told TMZ.

He added: "I actually want everybody’s song to go number one... I purposely stopped writing hits to give other people a chance to have number one songs."

While Swift's has already penned a track about Mayer called 'Dear John' on her 2010 album 'Speak Now', Perry is also rumoured to be writing a song about her relationship with the star.