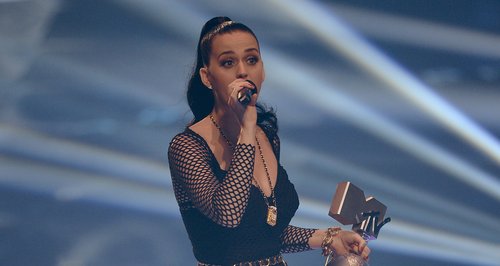 The Capital Jingle Bell Ball star will take to the stage later this month for the industry event in LA.

Katy Perry is among the latest names to be added to the line-up for the American Music Awards 2013.

The 'Firework' star is set to open the event later this month with a rendition of her latest single 'Unconditionally'.

Jennifer Lopez and TLC are also now set to perform at the show.

This week saw Justin Timberlake added to the line-up, which already includes One Direction, Macklemore, Miley Cyrus and Lady Gaga.

This year's AMAs will take place live from the Nokia Theatre in Los Angeles on Sunday 24th November.

Meanwhile, Katy Perry will be back in the UK on Saturday 7th December for Capital FM's Jingle Bell Ball at London's O2 Arena.