They're both incredible rappers, they're both successful and they both got certain...ahem...assets to rival Kim Kardashian, however when Iggy revealed the new artwork for her single 'Mo Bounce', Minaj fans were quick to point out similarities to Nicki's 'Anaconda'.

Is Nicki Minaj Pregnant? She’s Got Everyone Confused With This Bump Picture She Posted

The 'Black Widow' rapper tweeted the news on the 19th March to her 7 million followers along with the artwork....

You guys did good putting the pieces together! My new single #MoBounce comes out next Friday! 3/24. Get ready. pic.twitter.com/dQmkNpCR0a

The single 'Mo Bounce' is due for release on 24th March and let's face it, there definitely are similarities. Remember Nicki's 'Anaconda' cover?

They're both obviously bootylicious, but Nicki's fans have voiced their opinion on the news and the result is not...good.

WATCH: Alessia Cara's Impression Of Nicki Minaj Is So Realistic She Might As Well Be Lip-Syncing

i dont dislike iggy because im a nicki fan. i just dont like her period.

...ouch, some of those burns have got to sting! However, that doesn't mean that there aren't Iggy fans bigging up Miss Azalea too!

@IGGYAZALEA Iggy girl I'm so happy for you! I hope everything goes well and smooth with your album

Regardless, of all the Nicki/Iggy beef, we can't wait to hear 'Mo Bounce' for the first time, so if Friday could just hurry up that'd be great, ok, thanks, bye. 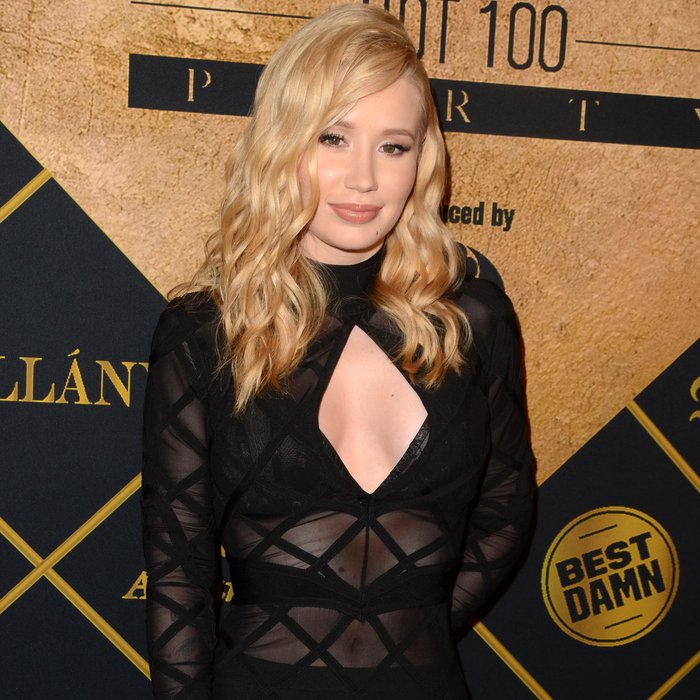