The mum of Perrie Edwards has confirmed the South Shields lass will marry One Direction heart-throb Zayn Malik.

The singer, 20, was spotted wearing a ring on her engagement finger at the world premiere of the band's This Is Us movie in central London, sparking speculation the couple were to wed.

Her mum Debbie Dufty was the first to confirm the news, telling the Dorset Echo: "It's official. I'm over the moon. They are really in love."

A spokesman later added: "Zayn and Perrie are engaged but any further detail regarding their relationship is private."

Malik was greeted by thousands of screaming girls as he arrived on the red carpet for the Leicester Square screening, many of whom waved banners asking him to marry them.

But the 20-year-old star had already popped the question himself, proposing to his Little Mix girlfriend last weekend.

Edwards and Malik have been dating for around two years since they met during the eighth series of The X Factor.

It is not know where the proposal took place, although a source told the Daily Mirror it was "romantic" and "perfect".

Malik recently described his relationship with Edwards as "stronger than ever", after he had a cartoon picture of her tattooed on his arm. 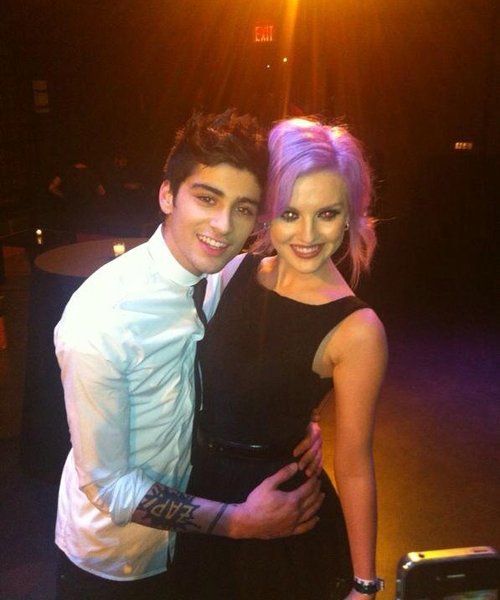