Middlesbrough FC have released their new adidas home shirt for the upcoming 2015-16 season.

The club say the latest release is 'undeniably a great Boro shirt to push forward on the pitch home and away next season.'
The new 2015-16 home shirt will be available to buy in-store only at a Season Card and Boro Pride Card Holder event only at the MFC Official Store Thursday May 14 at 9am until 7pm. 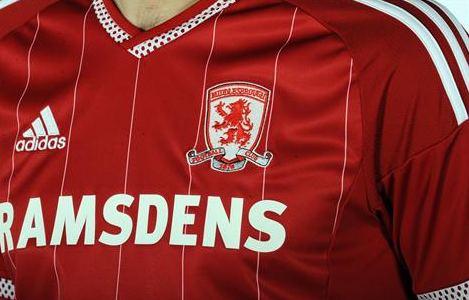