The detective leading the investigation into the New Year's Day shootings in Horden has said the man who shot his partner and two other relatives before killing himself wasn't depressed.

Atherton had previously had his guns taken away by police.

Detective Superintendent Paul Goundry's spoken to reporters after the inquests into their deaths were opened and adjourned at Chester-Le-Street Magistrates Court.

Goundry said:
"We have spoken to health professionals and his own GP and there is no indication from any witness that he was suffering from any mental illness or depression.'' 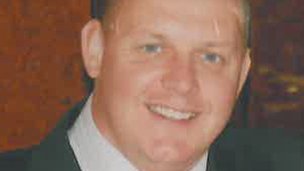 Following the adjournment of the inquests, the coroner has released the bodies for their funerals.

It also emerged that on the night of the shootings, Mr Atherton went outside to get his shotgun from his car.

Police say the shooting was over in "moments rather than minutes".