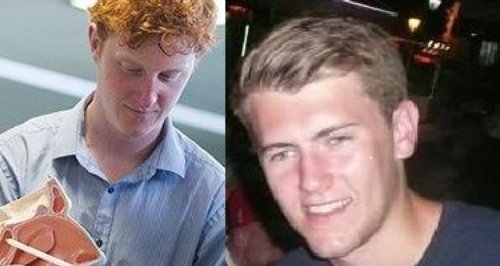 The family of one of the two Newcastle University medical students stabbed to death in a bar in Borneo last week have spoken of their disbelief.

Neil Dalton's parents and brother paid tribute to the 22-year-old, who was killed with Aidan Brunger in the Malyasian part of the island, where they were on attachment to a hospital in Kuching.

In a statement released through police, Jan and Phil Dalton said:

'We are just a normal family and we cannot believe what has happened. Neil was a caring, thoughtful and witty young man, who never thought twice about helping others.

'He achieved so much and made so many friends in such a short time. We are so very proud of him.

'Neil was a hard worker and very academic. He kept himself fit and was very sporty; involving himself in many football and cricket teams over the years. Neil enjoyed cycling and running and was always up for a challenge.'

'Neil was a best friend to many.

'This is evident from the number of his friends who have contacted me and referred to him as this and have passed on their happy memories that they shared with him. He will be sadly missed by so many.'

Four men arrested over the murder of the two men, who were students at Newcastle University Medical School, have admitted the crime, police have said.

The attack happened in the Jalan Padungan area of Kuching in Sarawak province.