It's feared a 12-year-old boy who died in Birmingham passed out playing a choking game on social media.

Paramedics were called to Castle Vale over half term but couldn't save Karnel Haughton who died on Thursday.

His school friends at Greenwood Academy are being offered special support as they go back to school after the holidays and hear about what happened.

The school have released a statement to Capital: 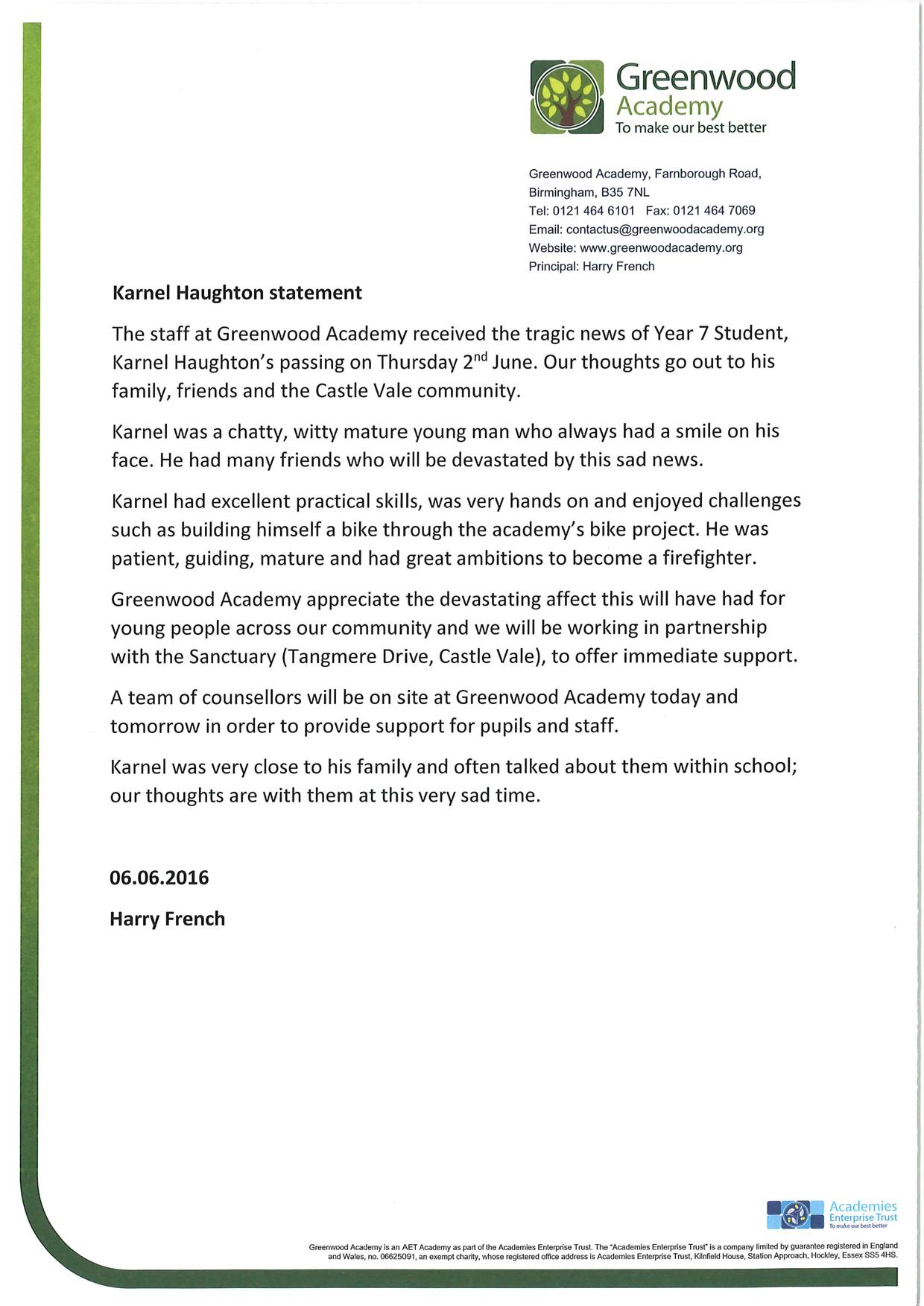 West Midlands Police told Capital: "Police were called by the ambulance service to an address just off Farnborough Road in Castle Vale at around 9.45pm on Wednesday 1 June following reports that a child had collapsed.

"The 12-year-old was taken to hospital but despite their best efforts the boy died later that day.

"The death is being treated as unexplained and has been referred to the coroner."