Wait... What The Hell? Usher's Gone And Gotten Secretly Married?!

Rumour has it Usher's eloped and gotten hitched to his long-term girlfriend. #Congrats

You're a sly one, Usher! It looks like the RnB superstar has only gone and secretly got married on us all! How did he manage that one?!

Relive The Moment Usher Got Engaged!

Heavy rumours are circulating that the ‘Climax’ singer and his long-term partner Grace Miguel have eloped instead of having a big wedding with all of their friends and family.

Us Weekly is the lead source on the rumours claiming it’s confirmed the pair have now tied the knot and jetted straight off to a honeymoon in Havana, Cuba.

Pictures posted on Grace’s Instagram show the couple did have a romantic trip there AND that Usher was rocking a gold ring that looks suspiciously like a wedding band! 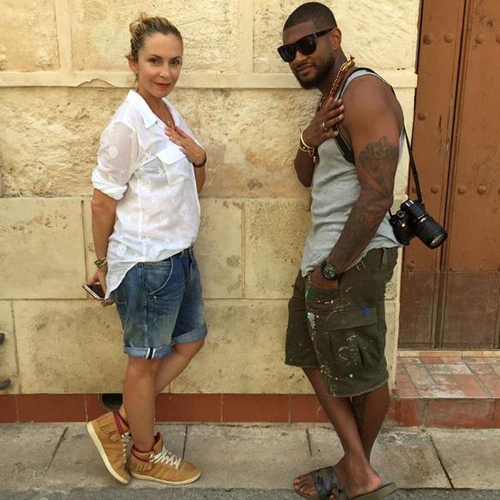 The pair have been together since way back in 2009 and finally got engaged in January this year. Fingers crossed this is one celeb rumour that’s true - and congratulations Usher!