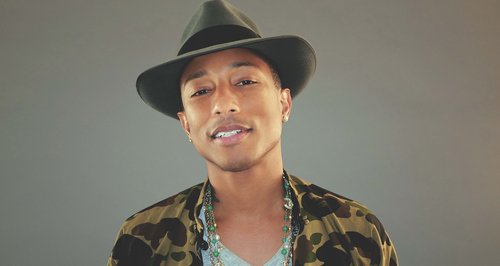 The Grammy award-winner reveals official details of his upcoming solo tour dates for 2014.

The 'Happy' mega-star will be performing in the UK at Manchester's Phones4U Arena and the iconic O2 Arena in London. He has also confirmed a further 18 dates across the continent, including 4 nights in both Germany in France.

Earlier this year the US star released his second solo album 'G I R L', which has spawned huge hit singles including 'Happy' and 'Marilyn Monroe'.

Who is Pharrell Williams' support act?

Keep it Capital for the first news on which artist will be hitting the road with Pharrell Williams!