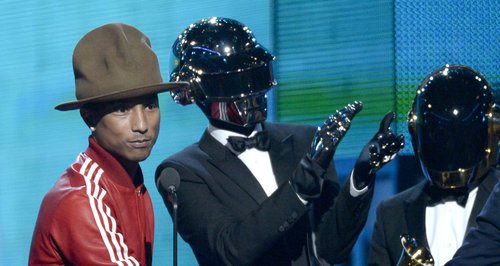 The track makes its way onto the Internet following the star's album stream.

The track has emerged after Pharrell streamed his new album online this week via iTunes Radio.

Unfortunately, the new album stream is only available to US and Australian iTunes users here, but UK fans will get their hands on the record this Monday (3rd March).

Many fans are already picking out the track as one of their key favourites, on a record that includes team-ups with Justin Timberlake and Miley Cyrus.

The full track listing for the album is as follows:

Meanwhile, Pharrell has been announced as one of the performers added to the line-up for this year's T In The Park Festival.

> QUIZ: How Well Do You Know Pharrell Williams