The 'Collide' singer says she decided to release 'Trouble' as her lead single instead of the Calvin Harris single.

Leona Lewis has revealed she originally recorded 'We Found Love' with Calvin Harris before he eventually released the song with Rihanna singing lead vocals.

The 'Trouble' singer says although she recorded the song first, she eventually decided to go with "Trouble' as the lead single from her new album while Calvin re-recorded the song with Rihanna while out on her 'Loud' tour.

"I worked with Calvin and we recorded 'We Found Love'," Leona revealed to the Daily Star over the weekend. "But he went touring with Rihanna and she ended up releasing it.

"I didn't commit to it because I wanted 'Trouble' to be my first single," the 'Collide' singer explained. "So I think that was another reason they went with Rihanna.

"It was the same version and production but mine's better!" Leona joked.

The 'Bleeding Love' singer went on to say that although she still has the audio of her version of 'We Found Love', she would never leak it out online because it would be "so unprofessional.

She added: "It was a bit annoying to see how big a hit it was around the world, but if I'd released it maybe it wouldn't have done as well."

'You Da One' singer Rihanna scored a new hit with 'Diamonds' at the end of September and her new album 'Unapologetic' is due out on 19th November. 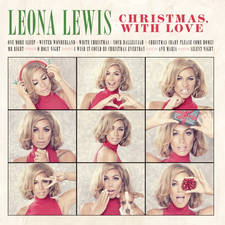