Lauv Is Looking To Collaborate With Khalid After The #CapitalSTB

The 'i'm so tired...' singer said that he was eyeing up a collaboration with Khalid while backstage at the 2019 #CapitalSTB.

Ahead of his sound-checks for Capital's Summertime Ball, Lauv caught up with Capital Breakfast with Roman Kemp to chat about his big performance.

The 'i'm so tired...' star said that he was looking forward to seeing all of the stars perform for 80,000 fans, but he was most excited for Khalid.

Lauv continued to say that he was hoping he'd be able to subtly bump into the 'Eastside' popstar and hint at a collaboration, following other collabs that have happened at the Ball.

Later, when we wrote to Khalid on Twitter, both he and Lauv liked the post, acknowledging the hopeful collaboration.

Just to let you know, @lauvsongs has just said he wants to collaborate with you while at #CapitalSTB.

The 24-year-old also caught up with Rob Howard later, and said that on the night before the #CapitalSTB, he was going to splash out on a big Indian takeaway to celebrate performing at Wembley.

While at Capital's Summertime Ball, Lauv spoke about how he and Troye Sivan had actually worked together on another song, before they released 'i'm so tired...'

According to Lauv, their first song was pretty boring, and so they chose not to release it, but instead focussed on their chart-topper, 'i'm so tired...'

> Catch Lauv's Performance At The #CapitalSTB Over On Our App

Lauv joins the likes of Calvin Harris, Anne-Marie and Halsey at Capital's Summertime Ball on Saturday, 8 June 2019 at Wembley. 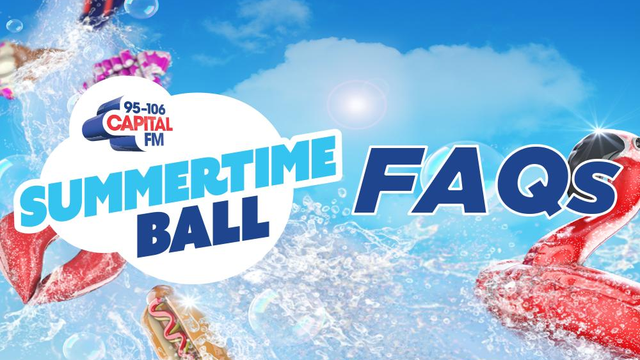 Capital's Summertime Ball 2019 FAQs: Who Is On The Lineup And What Time Does It Start?