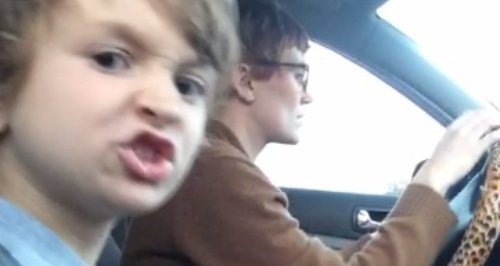 The video sees the kid adorably getting the lyrics wrong to Katy's hit with Juicy J.

Katy Perry has shared her approval of a new viral Vine showing a child covering the rap from her recent hit 'Dark Horse'.

Also, I for my children to be like dis: https://t.co/t3hv7VQiPG

The 'Roar' singer drew fans' attention to the clip this week, which sees a young kid driving with his mum while showing off some of his rapping skills for Juicy J's part of the song.

"Also, I [pray] for my children to be like dis," Katy posed, alongside a link to the clip.

The US star, who kicked off her 'Prismatic' tour in the UK last week, also praised Eminem's newly unveiled music video for 'Headlights'.

The new Eminem video, so many feels tho http://t.co/TaP2JZrpxu

Katy Perry's new tour continues with a show in Birmingham on Tuesday (13th May).