The former couple were once again spotted out together in New York this week.

The Waldorf Astoria was the location of the latest meeting as rumours continue to circulate that they are back together.

Over the weekend the stars first met up as they enjoyed a date in New York, and sources told E! News that they were looking very close.

"They were very cuddly and cute," they said. "Katy definitely gave the impression that she and John are 100 percent back together."

Check out a picture of John Mayer and Katy Perry together last night below: (Picture: Barcroft) 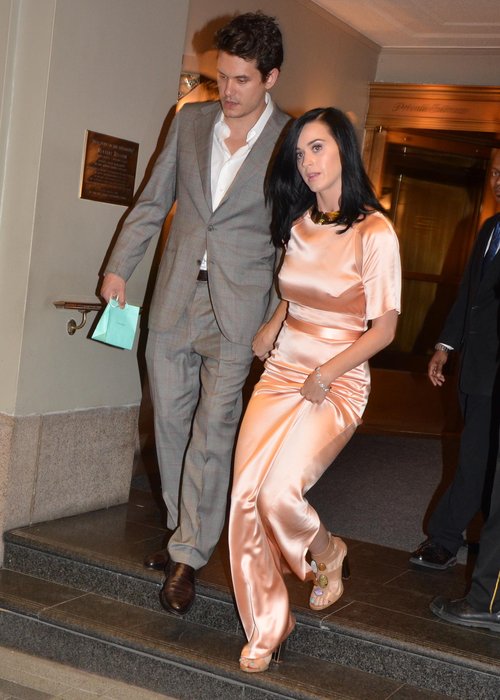 The pair split earlier this year after John confirmed the news during an interview with Ellen DeGeneres.

Speaking during a new interview with Vogue this month, Katy admitted she was still "madly in love" with the musician and referred to him as a "tortured soul".