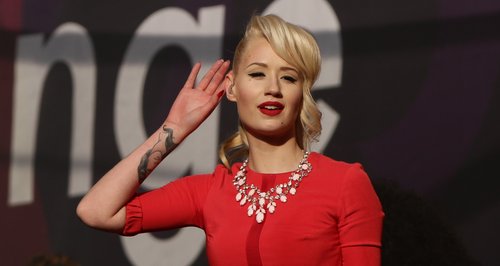 The rapper apologies to fans for her performance on 'Dancing With The Stars'.

Iggy Azalea has apologised to fans after suffering technical problems during a TV performance of her new single 'Fancy'.

The Australian rapper stumbled on the intro during her performance on 'Dancing With The Stars', explaining that she couldn't hear the backing track in her earpiece.

"Iam so sorry guys!" she tweeted. "My in ears messed up and I couldn't hear the track. The dramas of live TV. S**t happens. Still really enjoyed it."

Azalea's latest track, which features singer Charli XCX, recently hit number one on US iTunes. The star is also enjoying success in the country with her guest spot on Ariana Grande's 'Problem', which has also topped the iTunes tally in America.

'Fancy' features on Azalea's debut album 'The New Classic', which is out now.