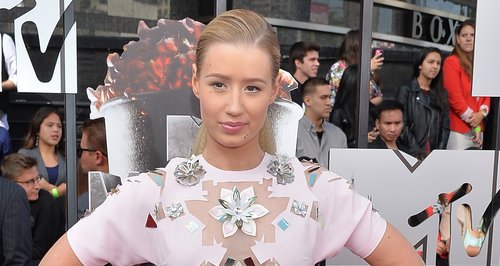 The 'Dance Again' singer has recorded a song with Australian rap star Iggy.

Iggy Azalea has revealed she has recorded a new song collaboration with Jennifer Lopez for the 'Dance Again' star's new album.

The 'Fancy' rapper confirmed this week that she recently recorded a track that will feature on J-Lo's next record 'A.K.A.', announced last weekend.

"She actually only asked me about two weeks ago, so I didn't have to keep the secret for too long," Iggy revealed to Ryan Seacrest this week. "When I opened on tour for Beyonce I had to keep that under wraps for months, which really killed me.

"So this is a breeze. I love her," she explained. "I definitely used to sit in my bedroom as a young girl and lip-sync Jennifer Lopez songs, so it's very cool to have a song with her on her album."