EXCLUSIVE: The Cover We've ALL Been Waiting For - Iggy Azalea Raps 'Baby Got Back'

We LOVE it when two of our favourite things come together! And now, Iggy Azalea's pretty much made our WEEK by exclusively giving us a twerk-worthy cover of Sir Mix-A-Lot's 'Baby Got Back'!

Hit play on the video above to see 'Fancy' superstar Iggy taking on the nineties rap classic, singing along to "I like big butts and I cannot lie"... all while giving it her own Azalea style of course!

The Aussie superstar joined Capital's Dave Berry and Lisa Snowdon out in LA with Three for an exclusive pre-Grammys party, where they've been for the last week causing chaos in Hollywood with help from their celeb pals. 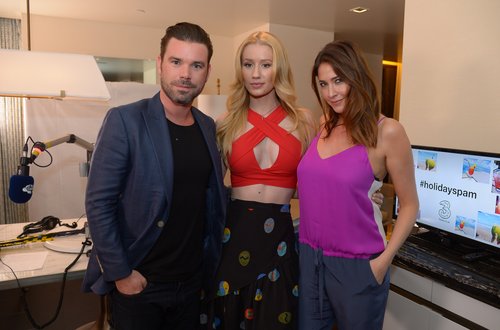 Tune in to Capital Breakfast this Saturday (7th February 2015) from 6am to hear ALL about their trip to LA with Three.