Duke Dumont Would Love To Produce For Taylor Swift: "She's Got Some Great Songs" - Watch

The 'Need U (100%)' star says he would be up for getting into the studio with Taylor Swift one day.

Duke Dumont has revealed he would definitely consider producing a track for Taylor Swift if the right song came up.

The 'I Got U' DJ says while he can't imagine teaming up with her on a Duke Dumont song, he could imagine a great dynamic if he worked on a ballad with the '22' star.

"I think the best dynamic is me to produce a ballad or a song for her," he explained. "Because Duke Dumont featuring Taylor Swift, I don't think I'd pull that weight quite yet.

"She's got some great pop songs. I'm a producer at heart and I'm going to be making tracks for other people," the 'Need U (100%)' producer added. "But the most important thing is the song's got to be there.

"I'll work with anyone who is good," Duke added.

Duke Dumont made it to number one on the Vodafone Big Top 40 on Sunday (16th March) with new single 'I Got U'. 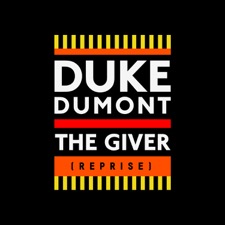