The 'Take Care' rapper becomes a gangster in the mini-movie epic for his brand new music video.

Drake turns into an eighties Miami gangster in the epic music video for his single 'Hold On, We're Going Home'.

The 'Take Care' singer's latest video is a seven-minute long mini-movie following Drake as he attempts to rescue his girlfriend from a rival gang leader.

The 'Hold On, We're Going Home' video begins with fellow rap star A$AP Rocky giving a speech to Drake and the rest of their 'crew' in a Miami nightclub, before Drake gets a call to say his girlfriend has been abducted.

The video then becomes an epic chase and shoot-out as the 'Miss Me' star attempts to rescue his loved one, while also revealing a mole within his own team.

Other stars who make appearances in the video include guest artist Majid Jordan and Scarface actor Steven Bauer.

Drake released his new album 'Nothing Was The Same' this week (24th September). 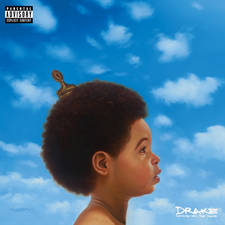