Drake Working In The Studio With Jay-Z: "Be Very Afraid Of The Music We're Working On"

The rappers posed for a shot together as speculation over a new collaboration mounts.

Drake and Jay-Z fuelled rumours they are working together on a new collaboration after they were pictured in the studio together.

The 'Take Care' star and the 'Otis' rapper were snapped by Roc Nation's Lenny S.

"Warning: Please be very afraid of the music we’re working on. OVO x ROCNATION," he tweeted alongside the picture.

It's unknown if a duet will feature on either star's forthcoming albums, however Pharrell Williams has been teasing the US star's latest record.

Check out a picture of Drake in the studio with Jay-Z below: 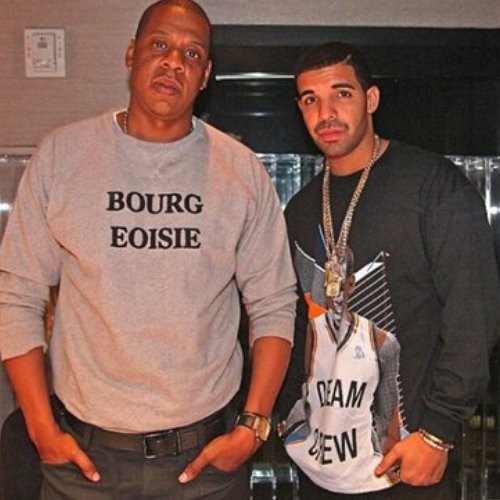 Meanwhile, Drake has also this week been pictured on the set of the new Anchroman 2 film.

Fellow rapper Kanye West is also set to make a cameo in the upcoming comedy sequel.