The 'Fine China' singer speaks out following rumours he was back together with the model.

Chris Brown has denied that he is back dating former girlfriend Karrueche Tran and insisted he is still single.

The 'Turn Up The Music' star was linked with the model following his split from Rihanna – but insists he is just good friends with both females.

"[Fans have] seen me on and off again with different girls, you know who they are, but right now, as a 24 year-old man, I just choose to be single," he told Hollywoodlife.com.

Speaking about his exes, he added: "I'm still good friends with them. [Now] it's just me being focused with my music and doing this stuff. Right now, I'm in my prime." 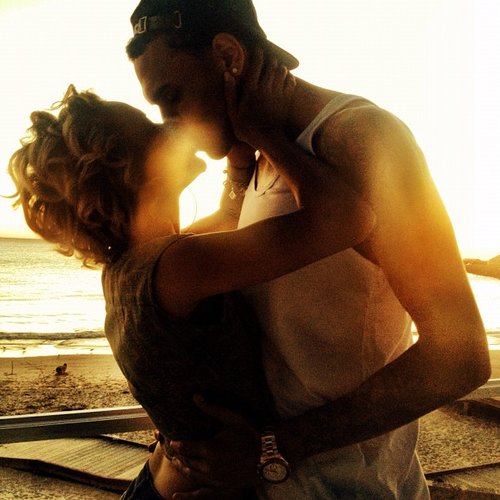 Meanwhile, Chris is preparing to release his new album 'X' – which features a collaboration with Rihanna.

Other team-ups to feature on the record include B.o.B, Nicki Minaj and Big Sean.