A new Avicii song with Aloe Blacc, titled 'SOS', has been released, one year after the Swedish DJ tragically passed away.

A new Avicii song with Aloe Blacc, titled 'SOS', has been released.

Aloe Blacc previously recorded with Avicii on the hit 'Don't Wake Me Up', and shared the collaboration on Twitter, saying "Thank you, Tim. Today we share your creativity with the world once again.

Thank you, Tim. Today we share your creativity with the world once again. I'm honored to have worked with you and I promise to carry on your legacy through our songs. #Avicii #SOS #WakeMeUp #LiarLiar #ForgiveMe #Free #BlackAndBlue @Avicii pic.twitter.com/dWFBA6YTpc

"I'm honored to have worked with you and I promise to carry on your legacy through our songs," he continued.

A music video accompanying the song, 'SOS', was also released which consisted of sharing fans' messages and personal stories around Avicii.

'SOS' is set to be one of many songs Avicii worked on before his death to appear on his upcoming third studio self-titled album, 'Tim'. Proceeds of this album will go towards the Tim Bergling Foundation, which vows to help those suffering from mental illnesses.

> Grab Our App For The Latest News On Your Favourite Celebrities

Last week, Tim's family released a statement, nodding to the fact that Avicii had been working on a lot of music prior to his death. The statement said "When Tim Bergling passed away on 20 April 2018, he was close to completing a new album.

"He left behind a collection of nearly finished songs, along with notes, email conversations and text messages about the music," it continued. The statement ended by saying the family wished to share his music with the world, instead of locking it away.

SOS (Let Me Think About It Mash Up)
Avicii feat. Aloe Blacc X Ida Corr vs... 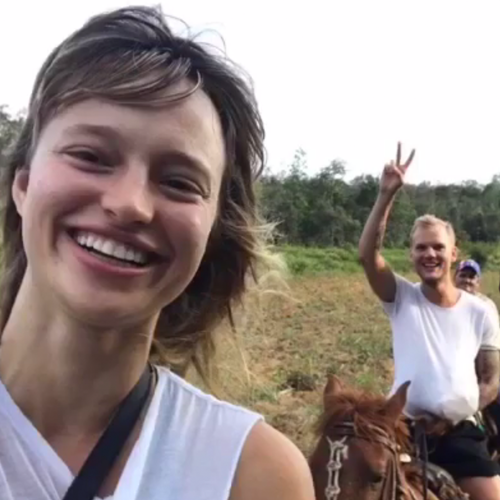