WATCH: James Corden Got The Surprise Of His Life With A Sweet Reunion In The Back Of A Cab With Roman Kemp!

For every question he didn't wanna answer, we picked up a random stranger. Standard!

James Corden has become a global megastar thanks to his viral sensation, Carpool Karaoke. The poor bloke must be knackered from all of the driving he's doing, so we've done you a solid, Jimmy, and got you a taxi... Even if it was with Roman Kemp. (Soz.)

With the meter running, James Corden joined #CapitalBreakfastWithRomanKemp for a nice, leisurely cruise to work, but it was Ro we're talking about here. Nothing's ever simple, is it? Roman decided to play a game of Cab Roulette.

> WATCH: Jason Derulo Stripped Off In An Attempt To Flirt His Way Into A Mega Fan's Heart!

The rules are simple - Ro interviews James, like any other interview he's ever done, but for every question James doesn't want to answer, we pull over the taxi, and pick up a random passerby, and drop them off at their desired location. What could possibly go wrong?! *gulps* 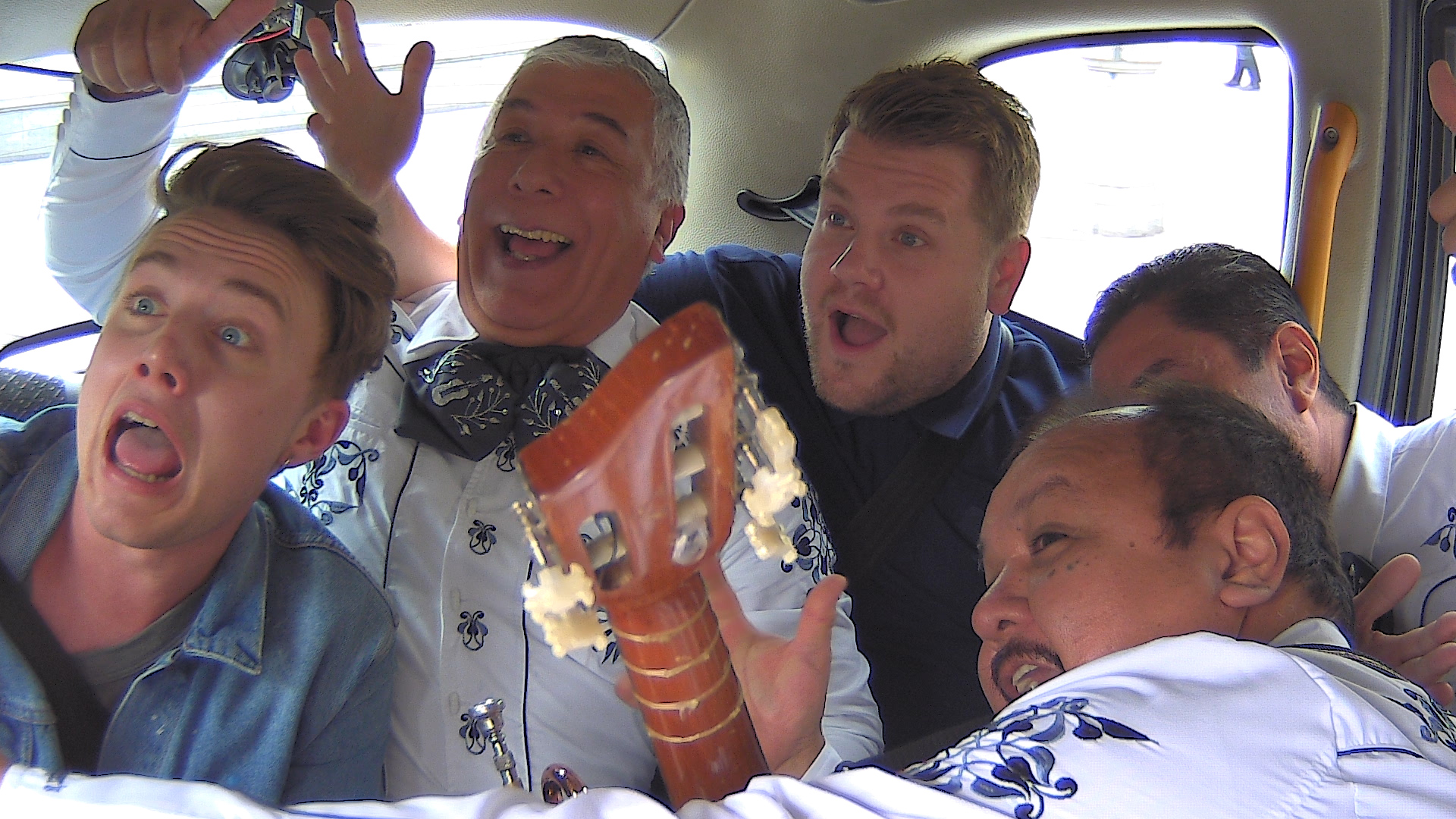 Sat in the back of a cab, James got a bit nostalgic about his own segment, Carpool Karaoke, and even thanked Roman Kemp for making Bruno Mars' Carpool Karaoke happening.

Bruno was, apparently, always on of the 'The Late Late Show' host's dream guests, and after having a chat with Roman Kemp, Bruno was persuaded to hop in the motor and belt out 'Uptown Funk'. We know, we're good, James.

It wasn't all cuddles and sweetness, though. James refused to answer his first question, so you know what that means, don't you? Ro pulled over the cab, and hailed down Ella, a complete stranger none of us had met before.

She looked pretty flustered to be sat in between Roman Kemp and James Corden - but then again, who wouldn't be? And as the troublesome duo took her to Covent Garden, she let slip that she's actually late for work. What did we do? Did we step on it? Did James and Ro forget the traffic and carry her to her work?

Or did they steal her phone, and call her boss letting her off for being late? Yup. You guessed it. 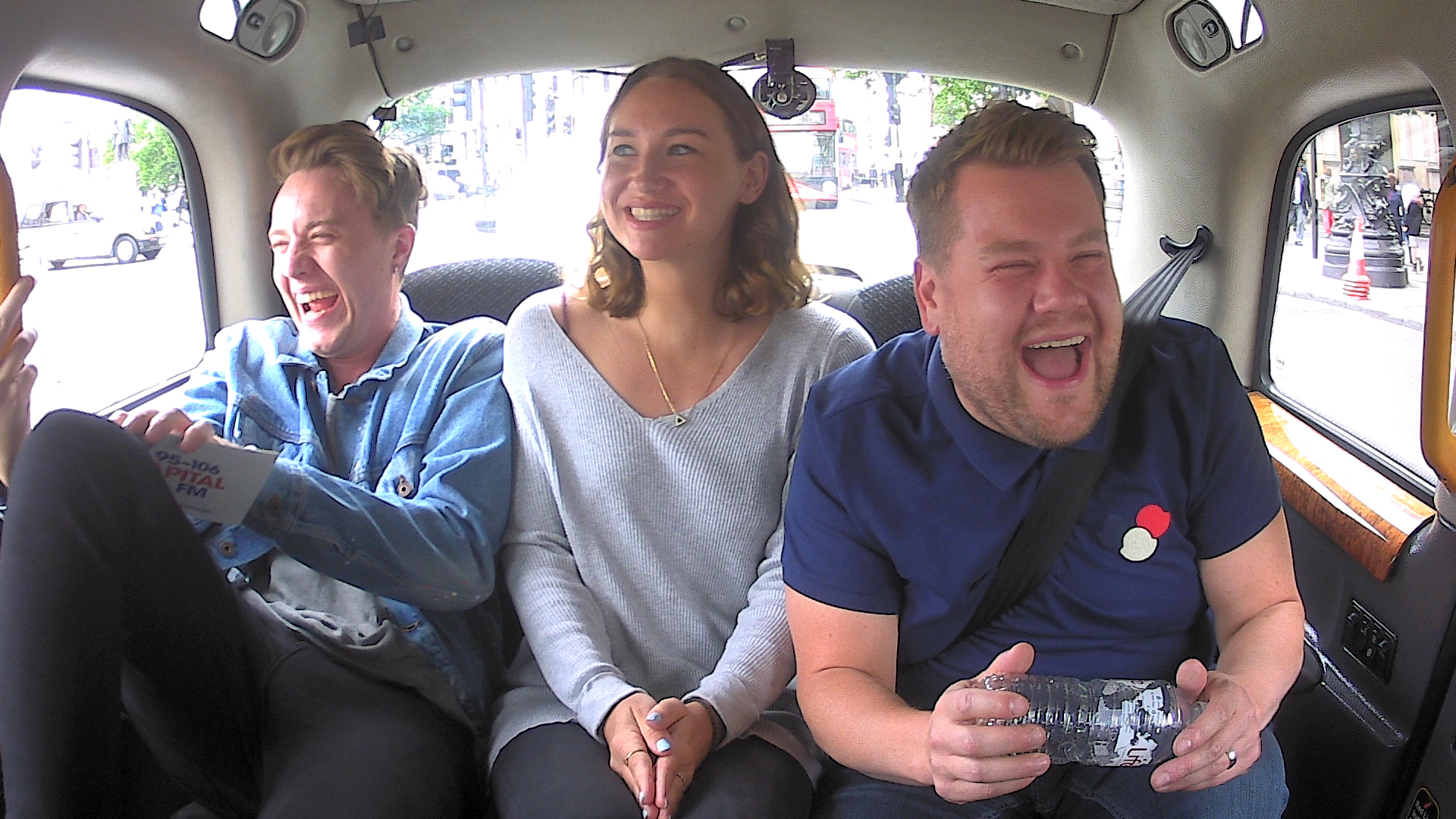 Now, since 2010, there's been a 'Gavin & Stacey' shaped hole in our hearts, so Roman; a man of the people, decided to investigate what the current situation was with a remake or reunion. "We'd do it in secret". If there was ever an excuse for us to do the robot and shout "GAVALAR" this is it.

He then refused to answer Ro's second question - "Who's the worst actor you've ever spoken to?" - so we grabbed someone else. But this time, James had met them before; it was his old school friend, Kieran, who he hadn't seen for about eight years!

"This is a stitch-up!" screamed the 38-year-old television personality, as he embraced his old school mate. No. We're not crying. Erm... You are! The shared a selfie, but Kieran had to quickly dart off because in the distance, a few blokes were waving down the cab.

They had sombreros. They had guitar. They had incredible facial hair. It was #CapitalBreakfastWithRomanKemp's good ol' friends; our very own mariachi band, with a personalised song about James Corden. And they even had a question about Justin Bieber's odour. 'Cause why wouldn't they ask that?

James claimed that the 'Sorry' singer smells like "a musky Summer's day", in case you weren't falling for Biebs enough.

So, that was that. Our time with our bestest friend in the whole wide world was over. Sigh. Still, at least we weren't lumped with the whopping taxi fare. Yeah, soz about that, Corden, but you're on Hollywood money, baby.

> Download Our App, And Hear All Of The Latest Celebrity Chat On #CapitalBreakfastWithRomanKemp

Just in case you didn't get enough of our favourite mariachi band, enjoy them serenading Harry Styles...