Usher Delays New Album 'UR'... But Has BIG Plans For The Record 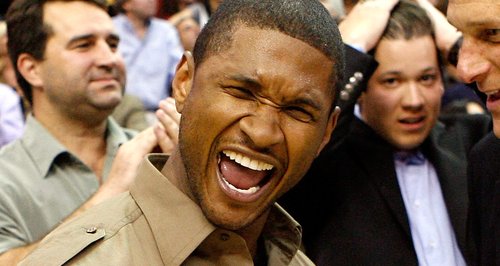 The 'Good Kisser' star is taking his time on album number eight and has some news to share.

Sad news for all you Usher fans expecting a new album this year… the R&B heartthrob has dropped a bombshell!

While the release of singles like 'Good Kisser' and 'She Came To Give It To You' suggested Mr. Raymond was planning a 2014 release for his latest record 'UR', he's now gone on record to say it'll likely be sometime next year.

"I'm taking my time with it," the R&B star vowed. "At the end of the day all of this is just about having fun.

"You get in the studio, go with how you feel," he added. "I  work on forty to fifty songs in making an album, I haven't finished the album enough to tell you what I'm talking about."

It's not all doom and gloom though, because earlier this week Usher revealed he and Drake have a song on the record… sounds like a future hit to us already!

Keep it Capital for full news on Usher's new album, the follow-up to 2012's 'Looking For Myself', as soon arrives.

The Best Of Usher: 8 Anthems You May Have Forgotten About

Usher's Guide To Being An R'n'B Sex God (In GIFs!)