13 GIFs That Show Usher's Dance Move Evolution Through The Years 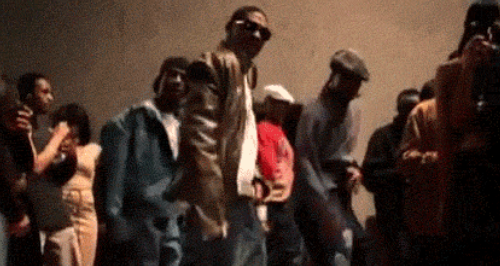 He's been the man with the moves for 20 years (YES, WE SAID 20 YEARS)! So to celebrate, let's have a look back at the evolution of Usher's super sweet dance moves.

Can you believe that Usher's career has spanned TWO DECADES? Neither can we! If Usher's career was a person, it would be in its second year of uni. JUST ABSORB THAT INFORMATION FOR A MINUTE.

However you look at it, Usher has been around for a long time and so have his impeccable dance skills. So what better way to celebrate them than by exploring the evolution of his sick moves (which yes, is also an excuse to look at fetus Usher doing some dodgy kid dancing). Hooray!

Back in 1995, when Usher's career had just started to take off, he already knew travelling across the stage in style was totally a thing.

But little did he know it would soon transform into THIS elegant form of spaghetti legs...

Now, let's assess the evolution of his sexy moves. 1995 Usher LOVED a bit of booty shaking...

But as he's grown into one of the world's hottest men, it's no surprise his cute tweaks turned into FULL ON CROTCH GRINDING.

Next up, it's Usher's 'cray cray arms'. It's all very Will Smith circa Fresh Prince here, which is a great thing, obvs.

But fast forward to Usher now, and somehow he's given the whole thing some serious swag.

Clearly, Usher used to be that guy who just HAD to make an entrance into the club...

But now look at him! He can literally make women do the splits just by using his mind. What a smoothie.

Still, there's one move of Usher's that NEVER changes. It's the 'awkwardly caressing his face to the beat' aka OUR FAVE MOVE EVER. Here it is in 2001...

Christ, the boy really loves an all white ensemble, doesn't he?

Well, congrats on 20 years of incredible dance moves Usher. We shall be awkwardly touching our faces all day in gratitude.