Josh, JJ, Jaymi and George treated us to their interesting take on the ladies' latest tracks.

The boys loved their first Instaoke performance so much, that Max had to challenge them again when they stopped by Capital this weekend.

But what they weren't expected was to be challenged against Aussie band 5 Seconds Of Summer, whose performance is currently leading the competition!

Max challenged the boys to perform as a group, instead of the solo performances they delivered when they visited Capital last month.

We can honestly say that 110% effort was given, especially with both Jaymi and Josh getting animated during Jessie J's 'Bang Bang', which also features Ariana Grande & Nicki Minaj.

George and JJ also helped out their bandmates with some questionable vocals on Rita Ora & Iggy Azalea's 'Black Widow' and Taylor Swift's 'Shake It Off'.

You can catch all the latest celebrity interviews and Instaoke challenges on Max's show, Sundays from 7pm and Monday-Thursday from 10pm. 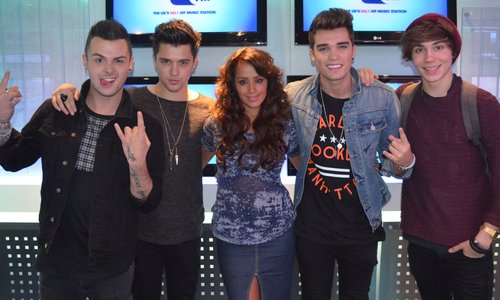