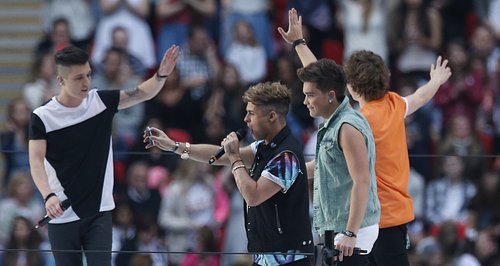 The 'Carry You' stars speak to Capital after making their way off the stage at Wembley Stadium.

Union J have confessed that they "can't put into words" the experience of playing Capital FM's Summertime Ball.

The former X Factor stars made their debut at the event this year and revealed that it was an experience like nothing they expected.

"It's crazy, I can't even put it into words how mental it was," revealed George.

He also explained the boys had a series of moves they were going to perform on stage, but forgot as soon as they arrived and saw the crowd.

"We got on stage and we had choreography and everything completely went out of our heads," he added. 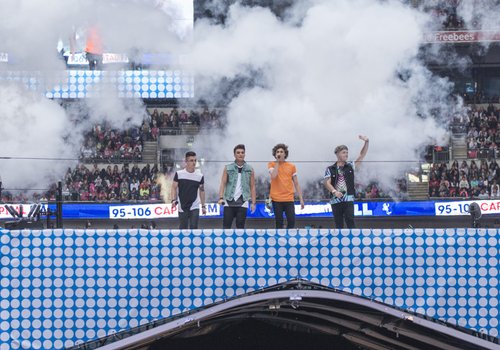 "So many people around us, so many cameras, so many smiling faces. It was amazing – and the sun came out!"

The event also featured performances from the likes of Taylor Swift, Robbie Williams and an acoustic set from host Justin Timberlake.