The 'Carry You' stars announce the follow up single to their debut.

The four-piece will release the follow up single to their debut 'Carry You' next month, after breaking the news to fans on Twitter.

They tweeted: "THE WAIT IS OVER! Our brand new single is called ‘Beautiful Life’ and is released on 21st Oct #UnionJBeautifulLife"

Band member Josh Cuthbert also told fans they would be able to catch a glimpse of the video for the song "very soon".

Check out a picture of the boys on set of their new video below: (Picture: Splash) 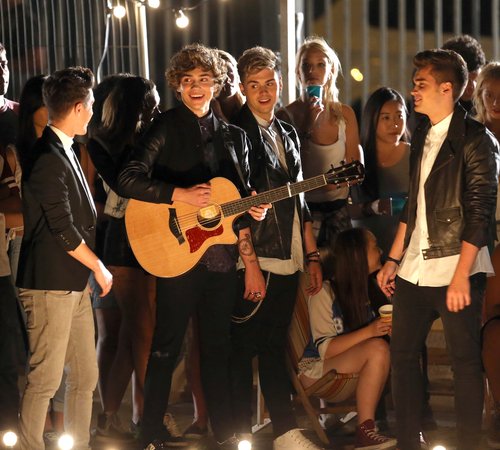 He said: "BEAUTIFUL LIFE is the name of our second single!!!! Yaaaay :-) its out in October and you'll see the video very soon!! #UnionJBeautifulLife."

The group have also this week confirmed that a song written by Jason Derulo would feature on their forthcoming debut album.