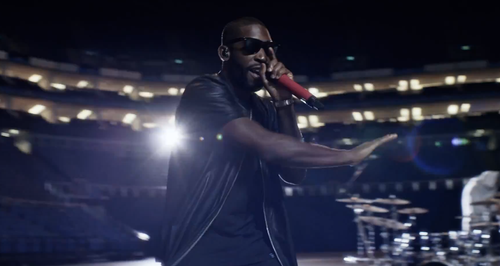 The 'Pass Out' star gives a rendition of the 'Demonstration' album song inside an empty O2 Arena.

Tinie Tempah has released a teaser trailer for his upcoming UK arena tour and performs new song 'Don't Sell Out' during the clip.

The rapper announced details of an 11-date outing earlier this week and can be seen performing inside an empty O2 Arena for the new video.

Speaking to Capital about his upcoming tour, the 'Written In The Stars' singer told fans to expect something "Incredible" as he heads back on the road.

Tinie admitted it was great to finally be heading out on tour in the UK following dates around the world.

Meanwhile, the rapper also recently debuted his new single 'Children Of The Sun' on Capital FM.

The track will also feature on new album 'Demonstration' – which is released on 4th November.