WATCH: A Clip Of The Weeknd’s New Song 'Tell Your Friends' Produced By Kanye Is Revealed

A clip of The Weeknd performing his new song ‘Tell Your Friends’ has surfaced – and it’s been produced by Mr West himself.

There are just days left until the second studio album from The Weeknd, ‘Beauty Behind The Madness’, drops – and a clip of a new song ‘Tell Your Friends’ has appeared online.

Watch: Ariana Grande And The Weeknd’s Soulful Acoustic Version Of ‘Love Me Harder’

The short Instagram video shows The Weeknd performing the previously unheard track this week at the Drais Rooftop Nightclub in Las Vegas to the delight of fans.

‘Tell Your Friends’ will be on The Weeknd’s second album which will drop on 28th August, and the song was produced by none other than Kanye West.

The Weeknd has previously described Kanye as “a great friend of mine”, so it’s no wonder he enlisted his megastar pal for a track on his new album.

As well as Kanye, ‘Beauty Behind The Madness’ also features songs co-written with Ed Sheeran and producer Max Martin, the man behind ‘I Can’t Feel My Face’. 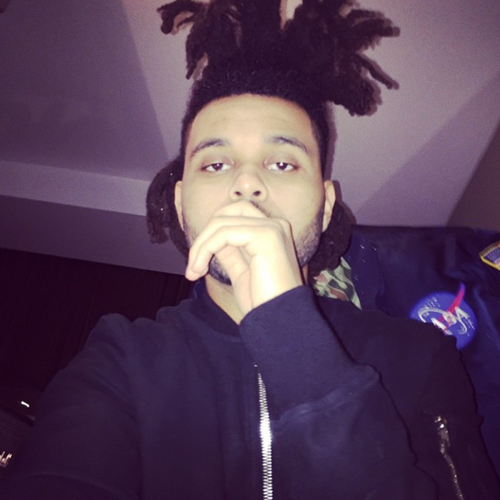 We’re pretty excited for the full version of ‘Tell Your Friends’ to drop – and the album sounds pretty spectacular too.