The group performed a live version of the track at this month's BRIT Awards complete with 50 dancers with riot shields.

In the video Gary is in uniform, Jason looks like a Second World War pilot, Robbie is dressed as a knight and Howard Donald as a gladiator. We're not too sure about Mark's costume!

Kidz is available in lots of different formats, including a special digital bundle featuring the Kidz album version, Rocket Ship and 'Revenge Of The Kidz' - a remix by Howard. 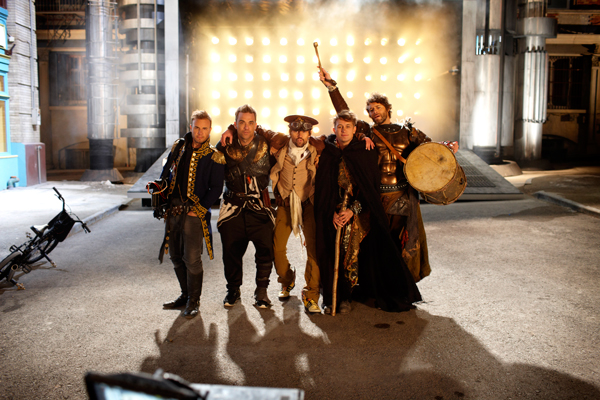