Take That Blow Everyone Away With Their First Performance As A Three Piece! 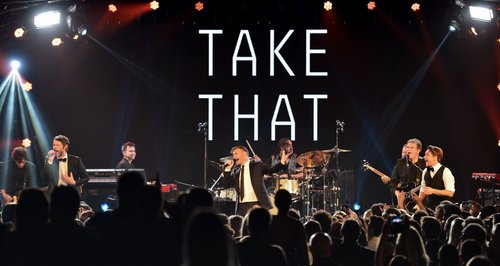 Take That had their first ever performance as a three piece band at Global’s Make Some Noise Night – and they are better than ever!

Take That are back with new music in their new incarnation as a three-piece band – and they blew everyone away with their first live performance together!

The band took to the stage at Global’s Make Some Noise Night last night at London’s Supernova to perform their new song ‘These Days’ alongside other performers Ella Henderson, Kaiser Chiefs and Katherine Jenkins on the night.

Stay close to me #makesomenoise

As well as the stellar performances, the night raised over £500,000 to help disadvantaged children and young people across the UK.

Take That will also be performing a knock out set at Capital’s Jingle Bell Ball on Saturday 6th December 2014 – we are SO excited to catch their set!