Professor Green And Made In Chelsea's Millie Mackintosh Announce Engagement

The happy couple have received a host of congratulatory messages from friends and family.

The 'Never Be A Right Time' rapper has been dating the reality show star for over a year and went public with their romance at the BRIT Awards 2012.

The pair were enjoying a romantic getaway in Paris – where the 'Read All About It' star popped the question.

Millie posted a picture of her engagement ring and said: "If I could scream loud enough for the whole world to hear I would."

He also joked that there would be some disappointed Hollywood stars.

"Someone's gonna have to break the news to Jessica Alba and Eva Mendez," he added, before thanking everyone for their kind words.

"Thank you to everyone being so kind x x" 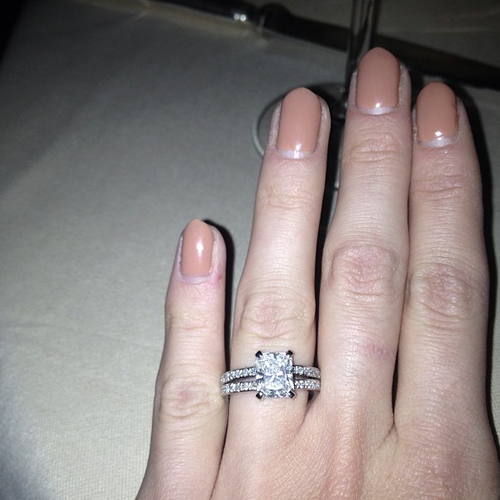 Rizzle Kicks were among the couple's celebrity friends who took to Twitter to post their well wishes.

They wrote: "Might as well say it publicly too. You're both well safe, and we're really happy for you guys! @professorgreen @millsmackintosh - Congrats."

Meanwhile, the rapper is currently working on his new studio album and recently rallied behind Justin Bieber following the teen's clash with paparazzi in London.