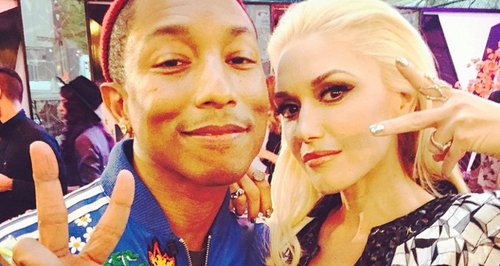 The Voice US coaches have teamed up to co-write and record the song for the new kids movie.

Sounds like we could have the next 'Happy' on our hands! Pharrell's recorded a brand new song for the new Paddington Bear movie!

PLUS… not only that, but he's teamed up with his BFF Gwen Stefani for the song! This is one team-up we cannot WAIT for!

"What a wonderful opportunity, as a parent, to contribute to something as classic, authentic and generational to all of our lives, as Paddington Bear," Pharrell said in a statement about the release of the new song 'Shine'.

"Pharrell and Gwen are the perfect artistic duo and they truly brought to life the charm that Paddington represents in the terrific song 'Shine'," Paddington movie producer Harvey Weinstein added. "We are so proud to have them be part of this classic film."

'Shine' won't be the first time this pair of stars have worked together, having released a number of songs together in the past including hits like 'Hollaback Girl' and 'Spark The Fire'.

The fact that Pharrell and Gwen co-wrote the song together isn't too surprising either, as they must have plenty of time to hang out in between takes on The Voice US!

Paddington, the movie based fictional character Paddington Bear, drops in UK cinemas at the end of this week (28th November) and in the US in January 2015.