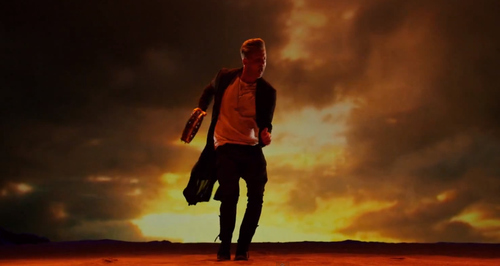 The band unveil the music video for their latest track.

OneRepublic have released the music video for their new single 'Love Runs Out'.

The band are seen dancing against a dramatic desert terrain in the clip, which was directed by Sophie Muller (Maroon 5, Beyoncé).

'Love Runs Out' is released on 27th July and heads up a re-release of their latest album 'Native', which follows on 4th August.

The song comes their previous hit 'Counting Stars', which hit number one on the Vodafone Big Top 40 last year.

Meanwhile, OneRepublic's world tour returns to the UK on 22nd October for their biggest show in the country yet at London's O2 Arena.