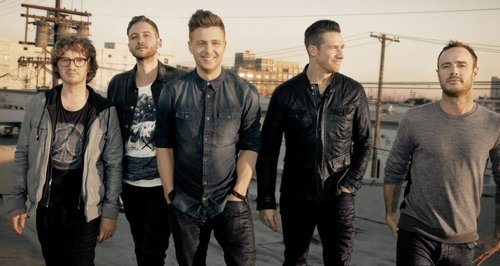 OneRepublic have added two dates to their 2014 UK tour.

The band will return to the country in October after playing a string of shows in March this year.

The group will play their biggest headline gig in the UK to date at London's O2 Arena on October 22 following a date at Liverpool's EchoTwo on October 21.

Tickets for the new shows  go on sale on Friday, 23rd May at 9am.

OneRepublic – made up of Ryan Tedder, Zach Filkins, Drew Brown, Brent Kutzle and Eddie Fisher - will be performing tracks from their three albums, including their latest record 'Native'. which features Vodafone Big Top 40 hit 'Counting Stars'.

The Many Songs Of OneRepublic's Ryan Tedder

Check out the full list of OneRepublic 2014 UK tour dates below...