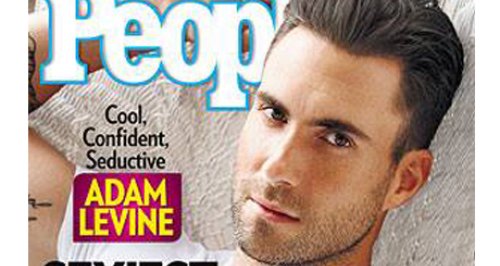 The 'Moves Like Jagger' features on the cover of the magazine this month.

Adam Levine has been named the sexiest man alive by a US publication.

The Maroon 5 frontman was given the accolade by People magazine this week, with Adam featuring on the cover of the American publication in their new issue.

The 'Daylight' singer was presented with a copy of the magazine, which calls him the sexiest man alive, by presenter Carson Daly during a taking of The Voice US this week.

"Carson you just had that made, that's not real!" Adam says in disbelief, while being given the magazine.

The 'Pay Phone' singer was then asked how he feels about the honour, to which he replied: "Sexy".

Maroon 5 are set to return to the UK for their 'Overexposed' tour in January 2014.