The Maroon 5 man was spotted for the first time since news of his engagement to Behati Prinsloo.

Adam Levine was seen heading for an early morning workout in New York this week, shortly after his engagement to model Behati Prinsloo was announced.

The 'Moves Like Jagger' star was sporting a new beard and carrying a duffel bag as he was snapped heading inside the gym.

Speaking to Entertainment Tonight Canada, the Vicotria's Secret Model gushed about the Maroon 5 man and his surprise proposal.

"I am so happy and excited and still can't believe it's true," he said. "It was a one-knee thing! It was serious, it was very old school."

Check out a picture of Adam in new york with his beard below: (Picture: Splash) 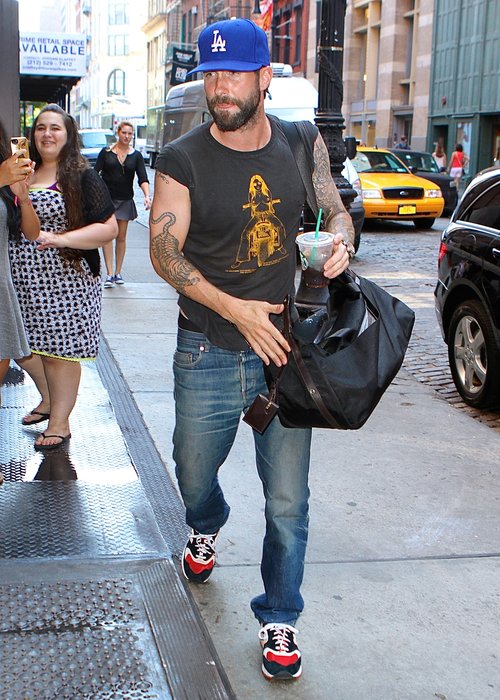 A spokesperson for Adam confirmed the news on Tuesday (16th July) with news the engagement took place this past weekend.

Meanwhile, Maroon 5 will be back in the UK early 2014 for their rescheduled tour dates.