The artists are planning on teaming up together for a series of dates across North America and Canada this year.

Ke$ha and Pitbull have announced plans to head out on a joint US tour.

The 'Die Young' singer and the 'Give Me Everything' rapper will join forces for 25 dates across North America and Canada from May through to August.

The jaunt kicks off at the Comcast Center in Boston on 23rd May and will head to the likes of New York, Montreal, and the Hollywood Bowl in Los Angeles.

The outing will also include two nights at Atlantic City's Golden Nugget.

Meanwhile, both stars were seen performing at this weekend's Nickelodeon Kids' Choice Awards 2013.

Check out a picture of Ke$ha on stage at the KCAs below: 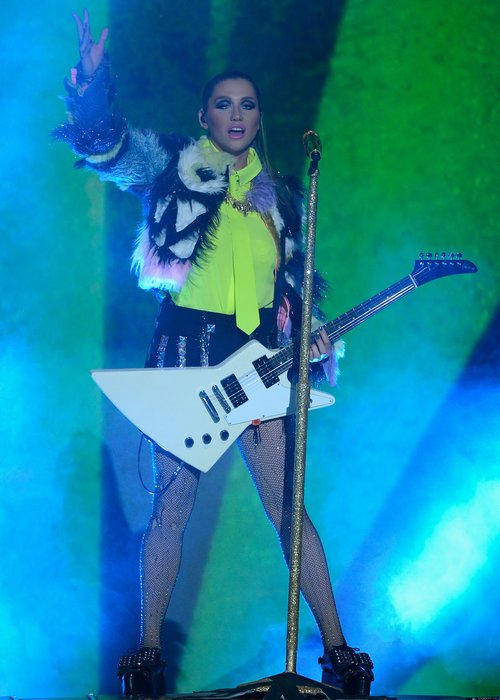 The 'Mr.Worldwide' rapper ended the night covered in slime after Christina Aguilera pushed a button on stage – covering him in the famous green goo.

Meanwhile, Ke$ha recently announced details of a one-off show in London this summer following her performance at the Wireless Festival.