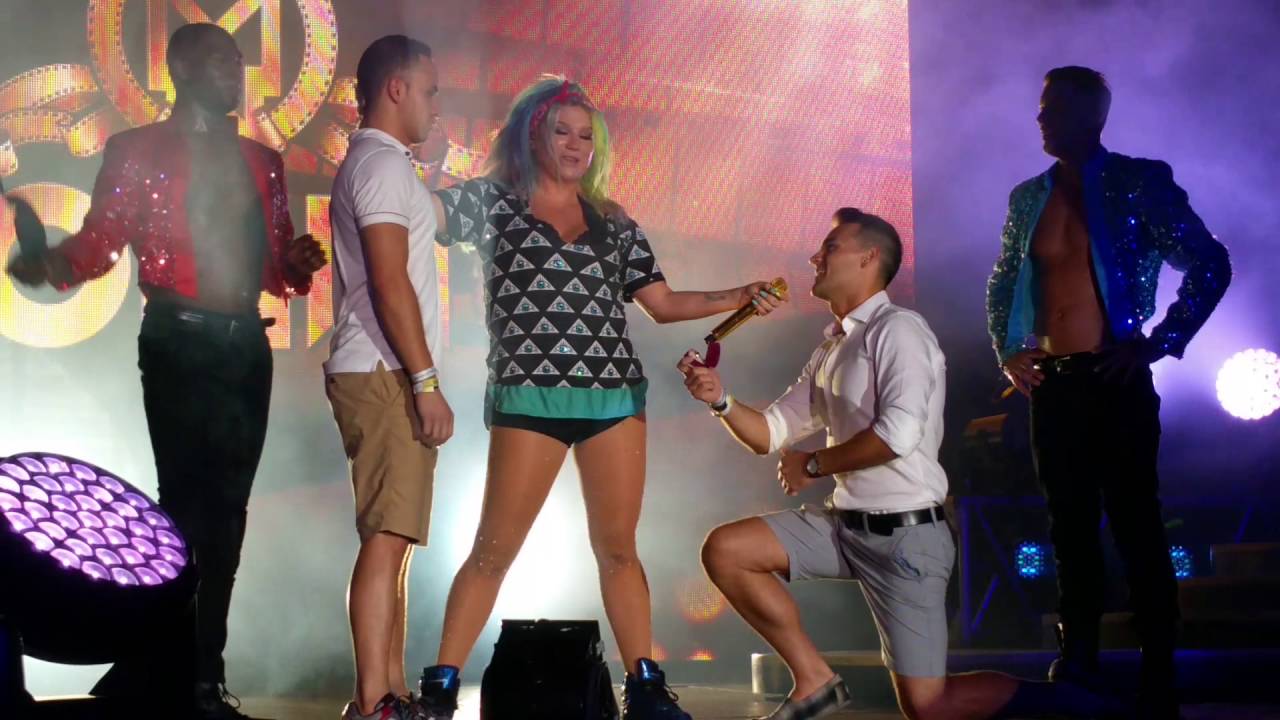 During a performance at Disney's Hollywood studios on Saturday, the American singer stopped the show to bring up two men on stage.

Blindfolding the pair she asks them, 'Honey are you ready this?' Except then one of the guys takes their blindfold off and jumps down on to one knee.

“I never knew I could love anyone in the world as much as you,” the boyfriend says in the video. “Since the day I met you, my life has just become so much better. So, will you marry me?”

Watch the magical moment above as the boyfriend replies 'A thousand times YES!'

Kesha said on Instagram that “Love is the magic in life, and really there is nothing more important."